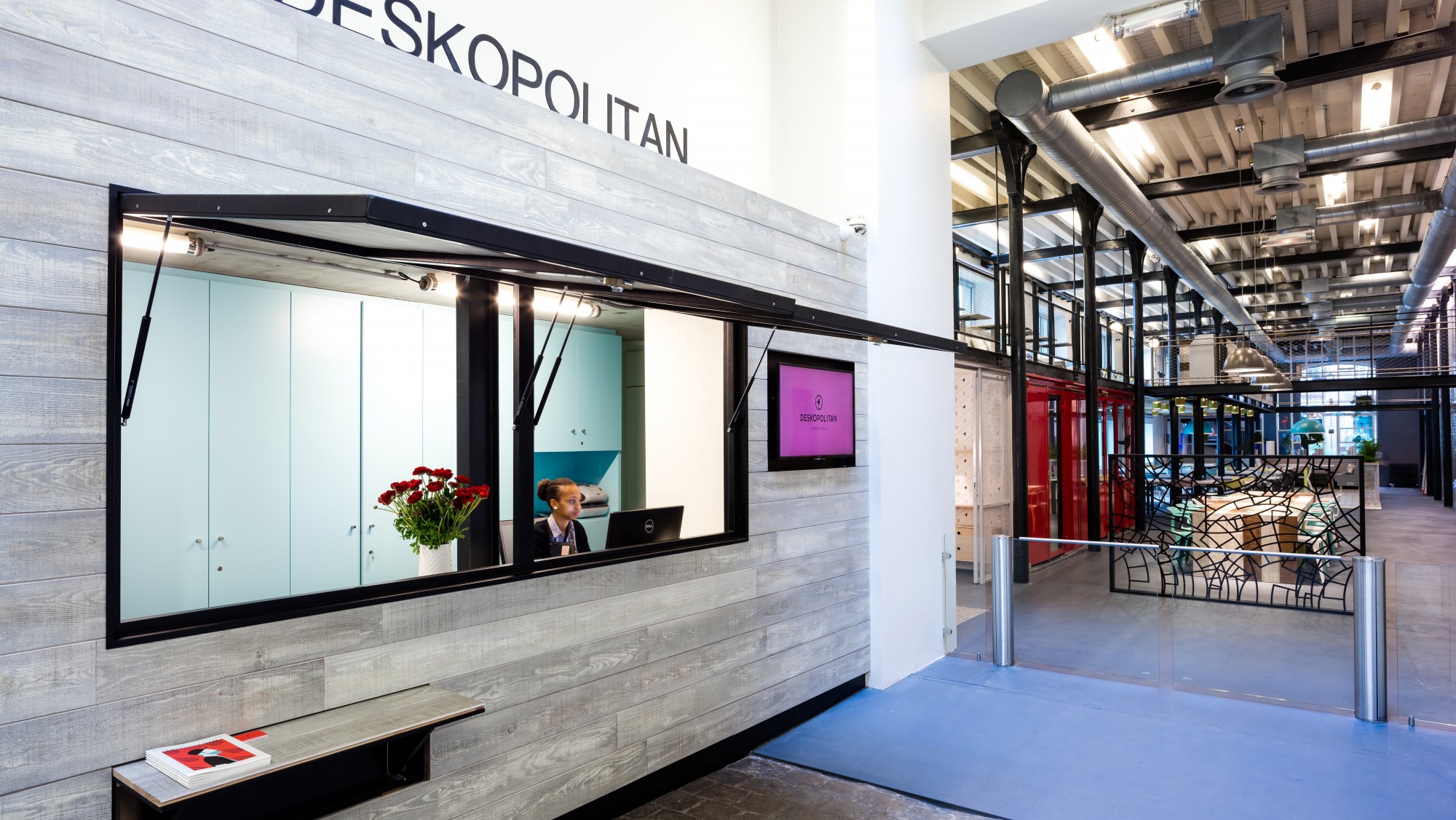 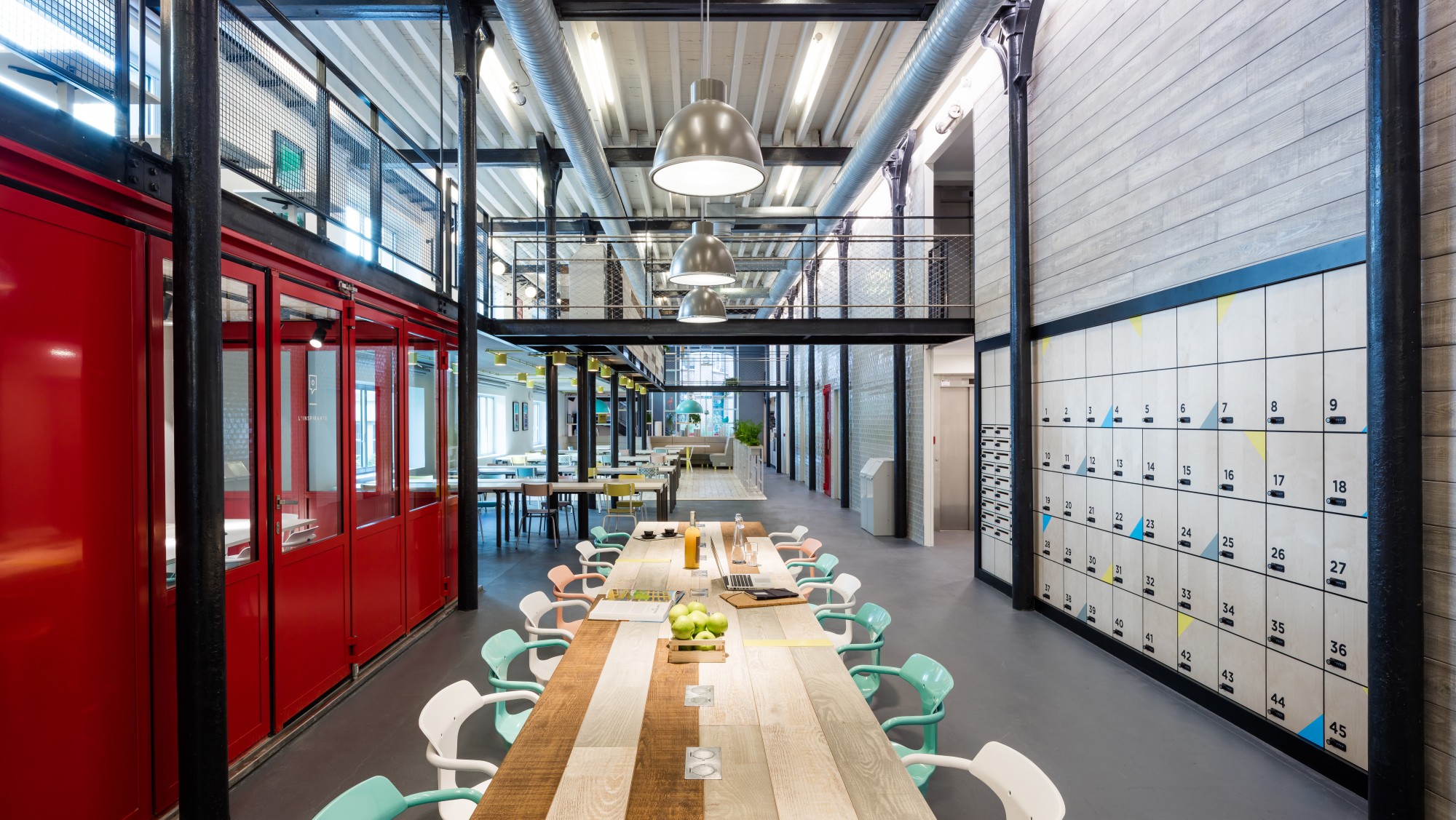 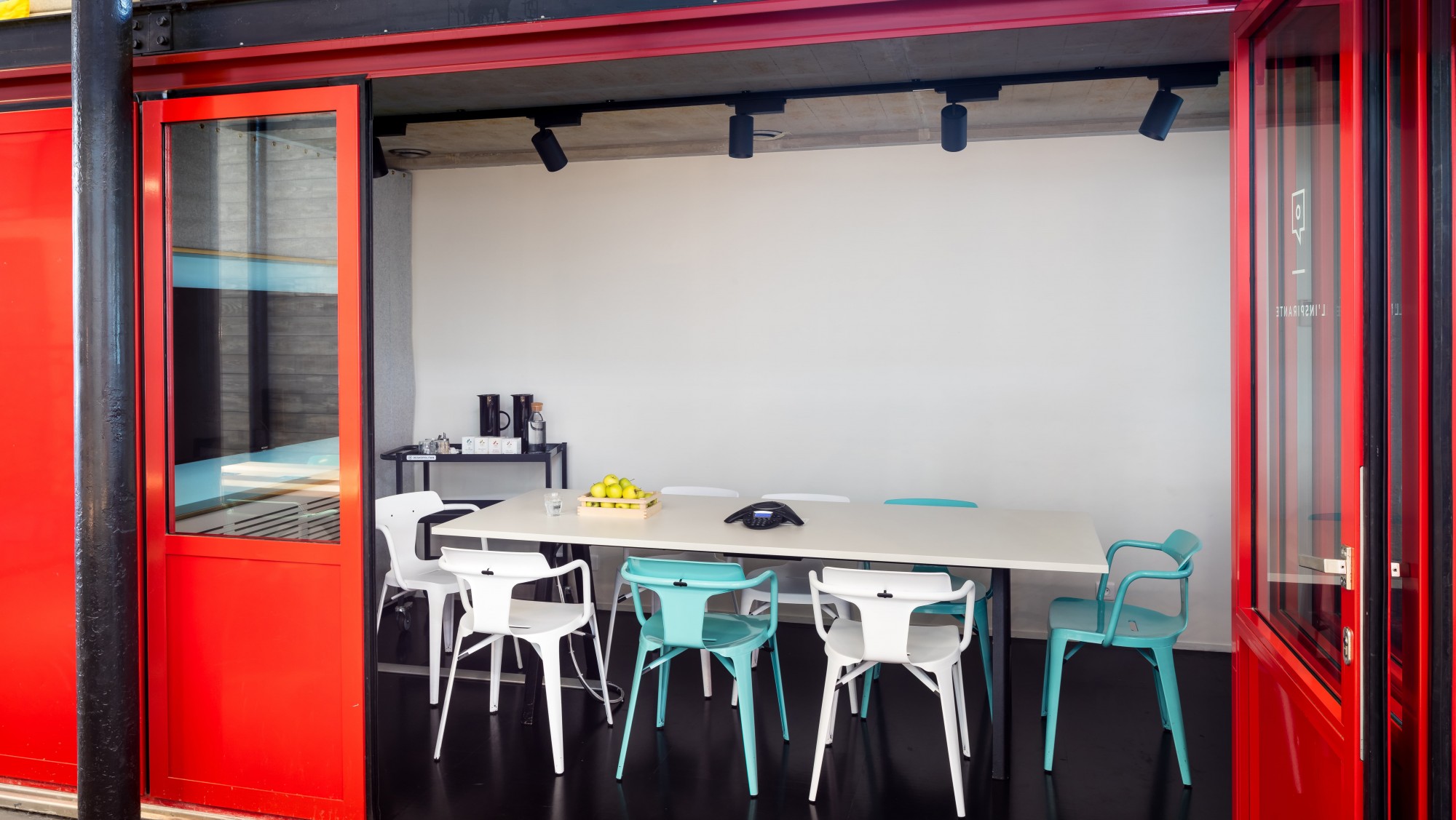 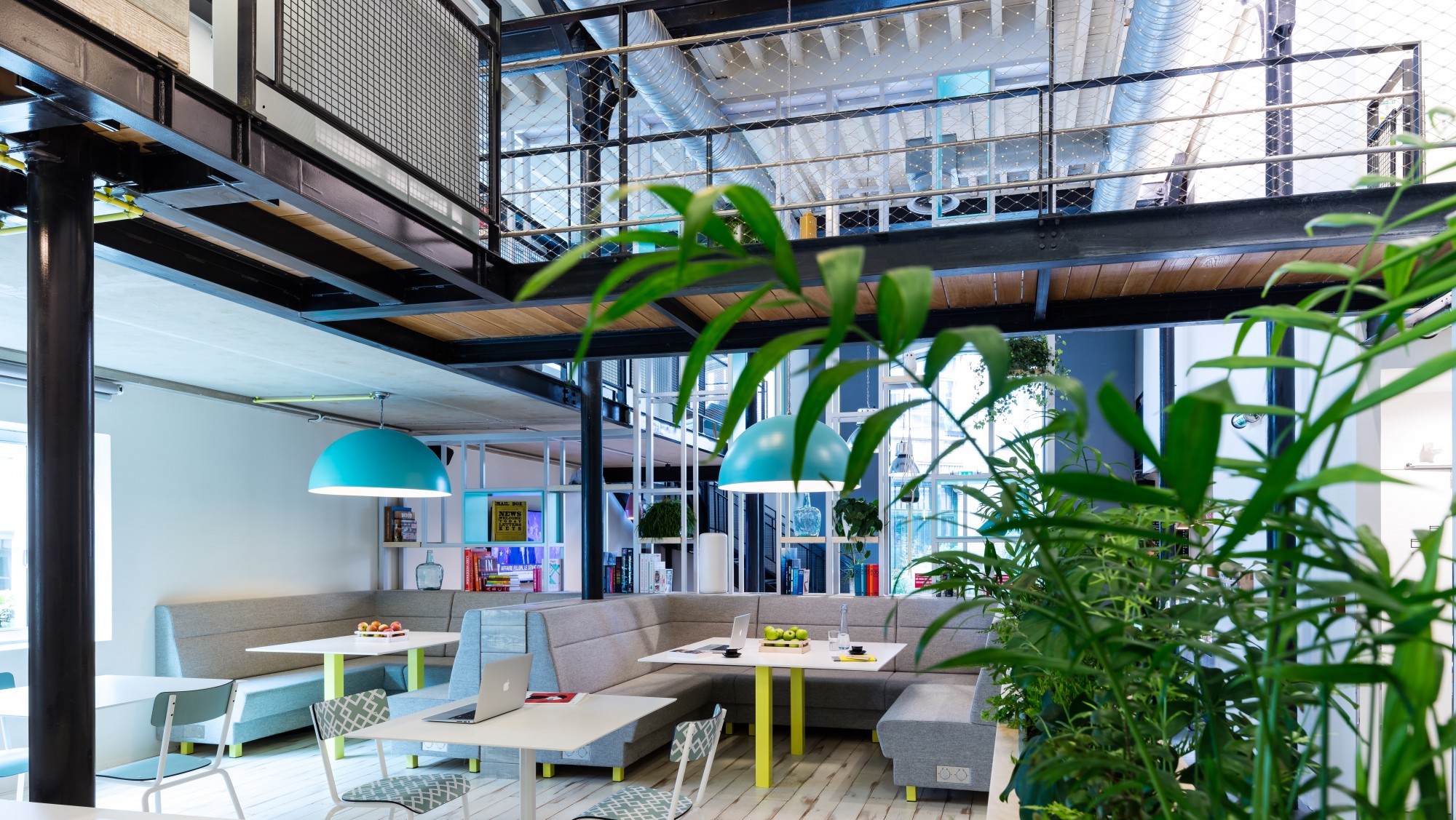 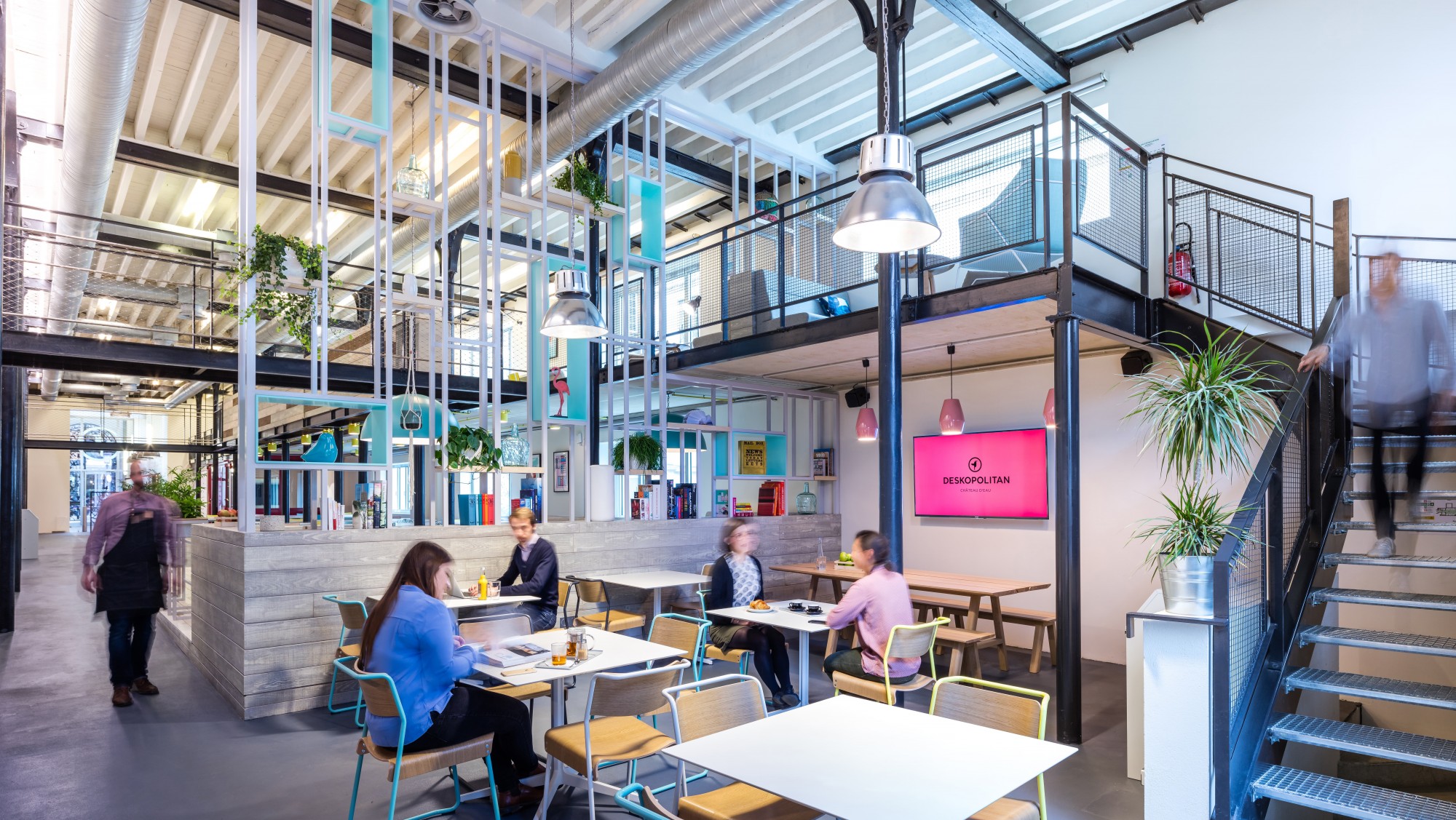 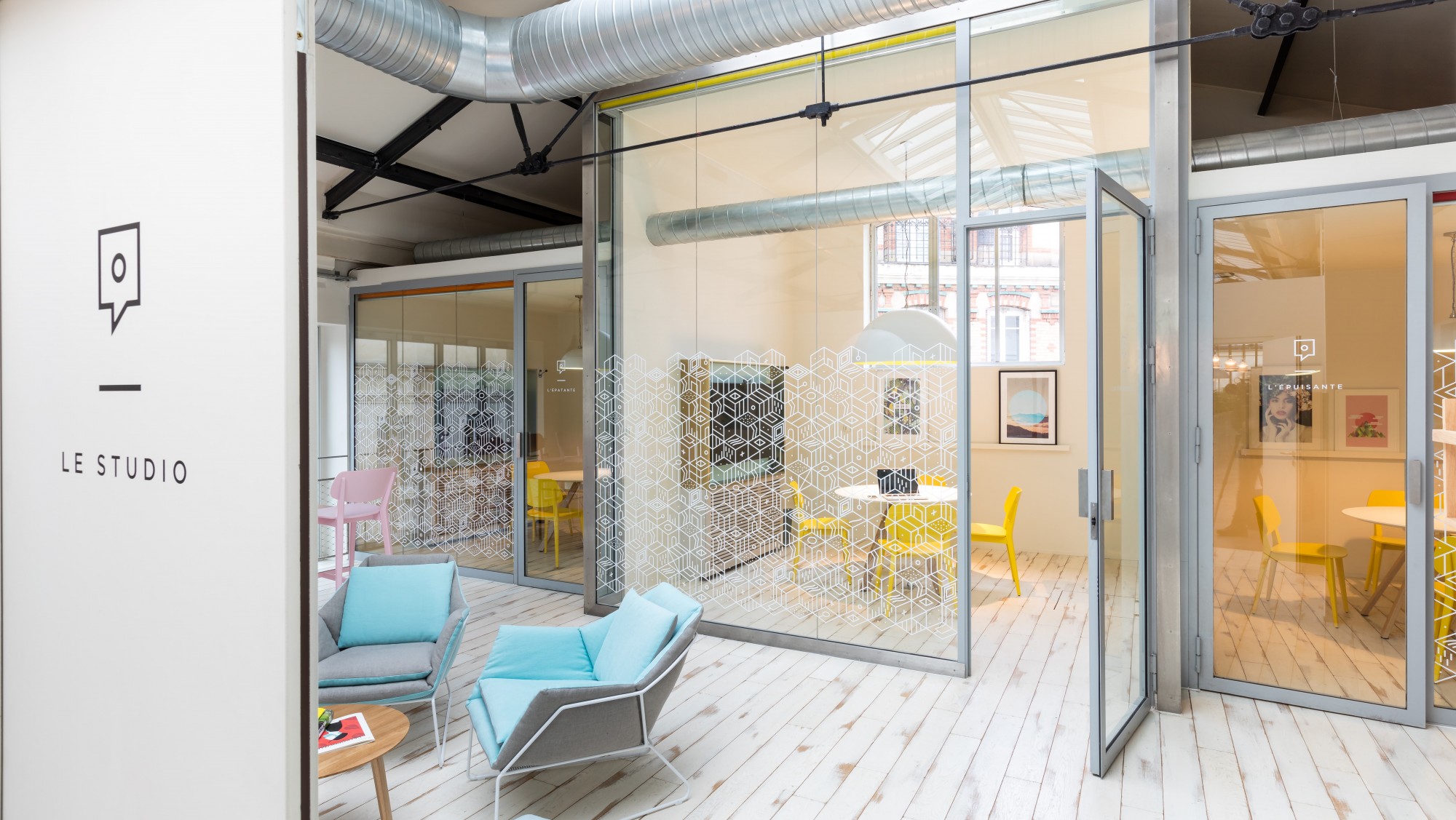 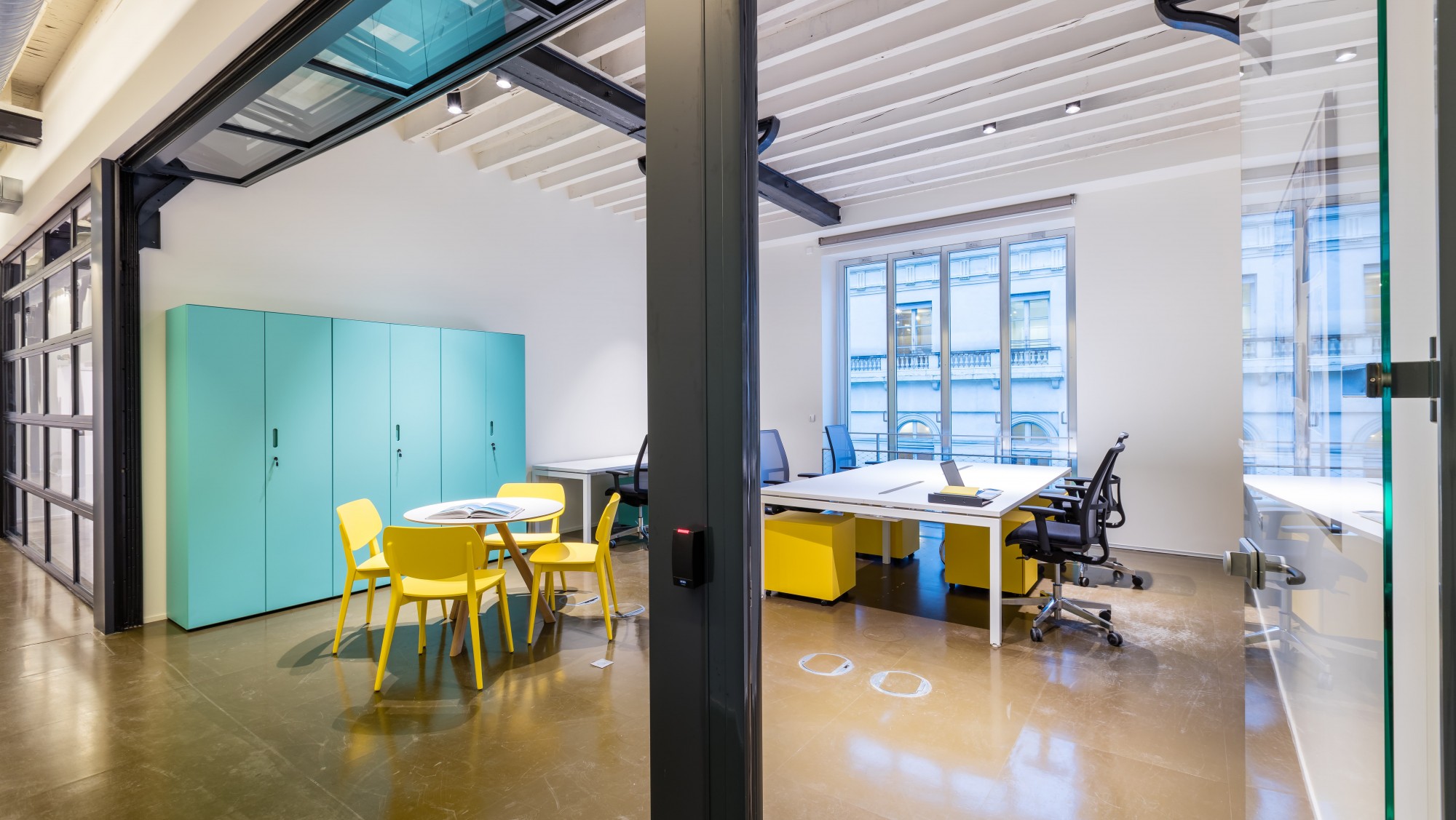 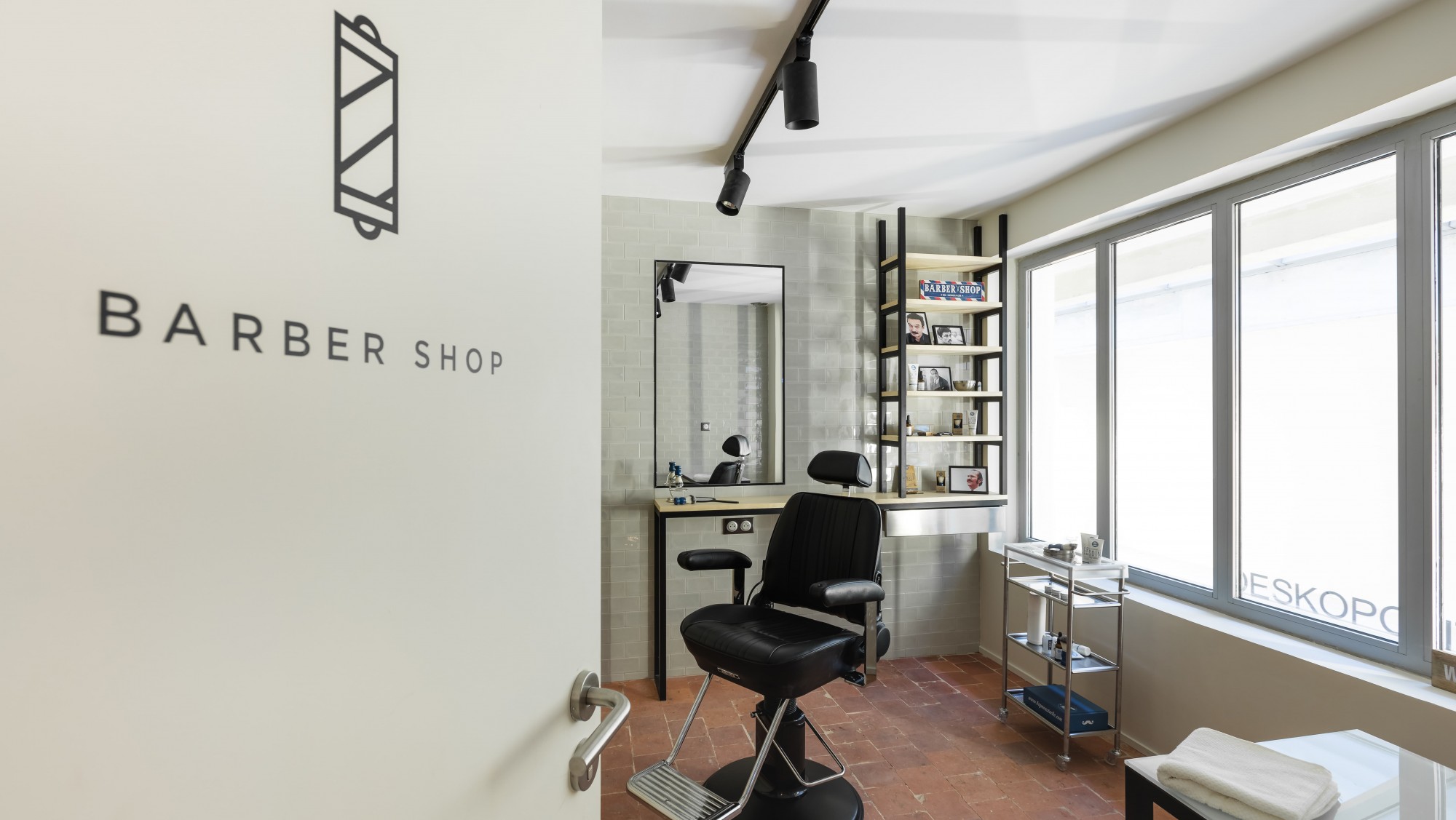 “Château d’Eau” is the first site opened by Deskopolitan in 2016, a co-working operator in Paris. Unlike its competitors, Deskopolitan favours residential neighbourhoods over business districts, to be closer to its users. The company also owns its properties, which all have a strong heritage identity. The Château d’Eau site was a former workshop, converted into offices for the communication agency BETC. It needed adapting to the functions of co-working, while retaining the original spirit. Our main mission was to respect and align Morey Smith’s design with the agreed budget and French regulations. The project’s complexity lies particularly in the great variety of spaces designed and the recycled and new materials used. Some products were diverted from their usual purpose, such as the garage doors that served to insulate the private offices. Finally, with the Hector Berlioz music school located very nearby, sound nuisance had to be kept to a minimum. In light of the success of this first collaborative project, Deskopolitan entrusted Morey Smith and Quadrilatère with its second site on Boulevard Voltaire in Paris.