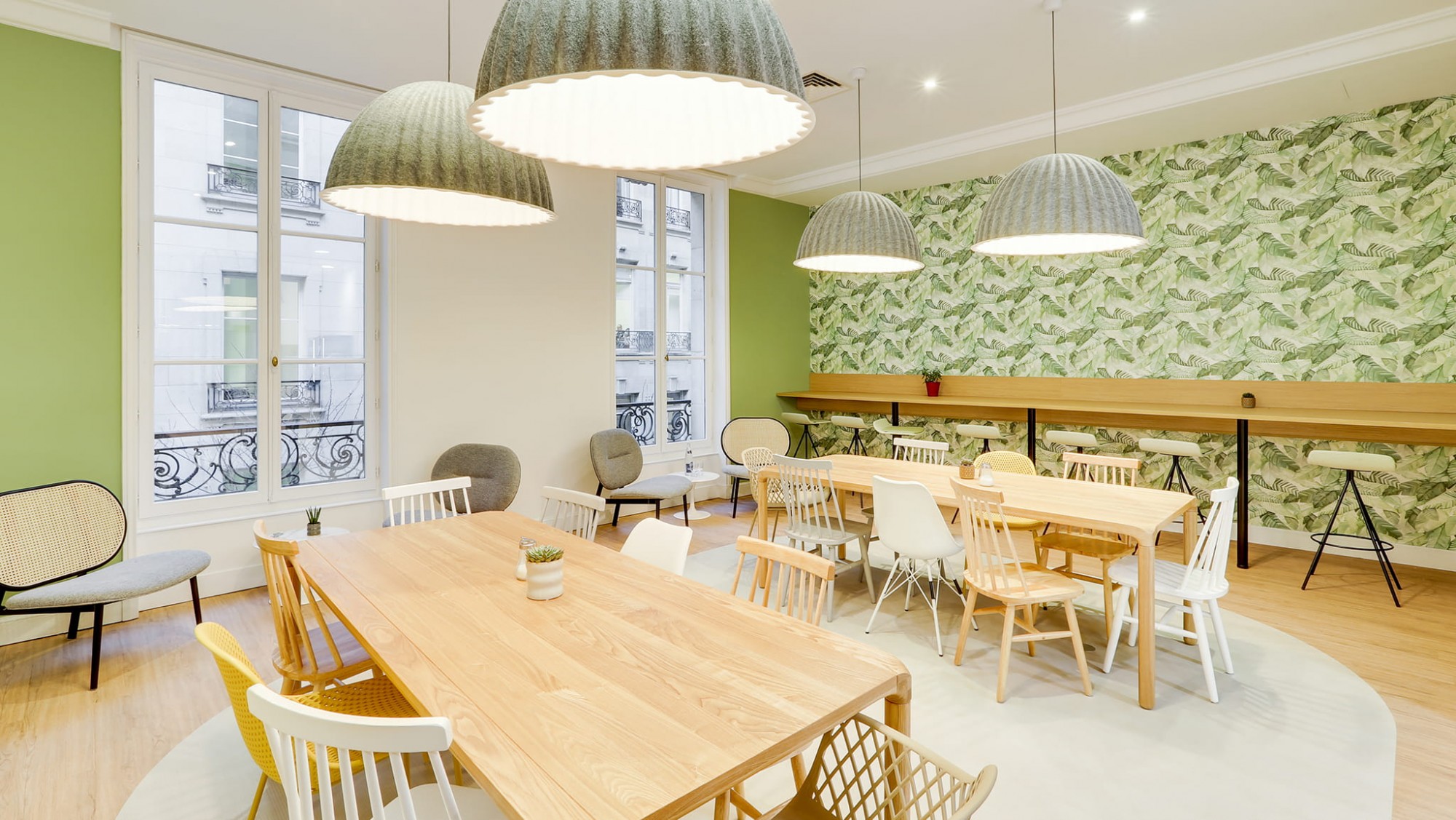 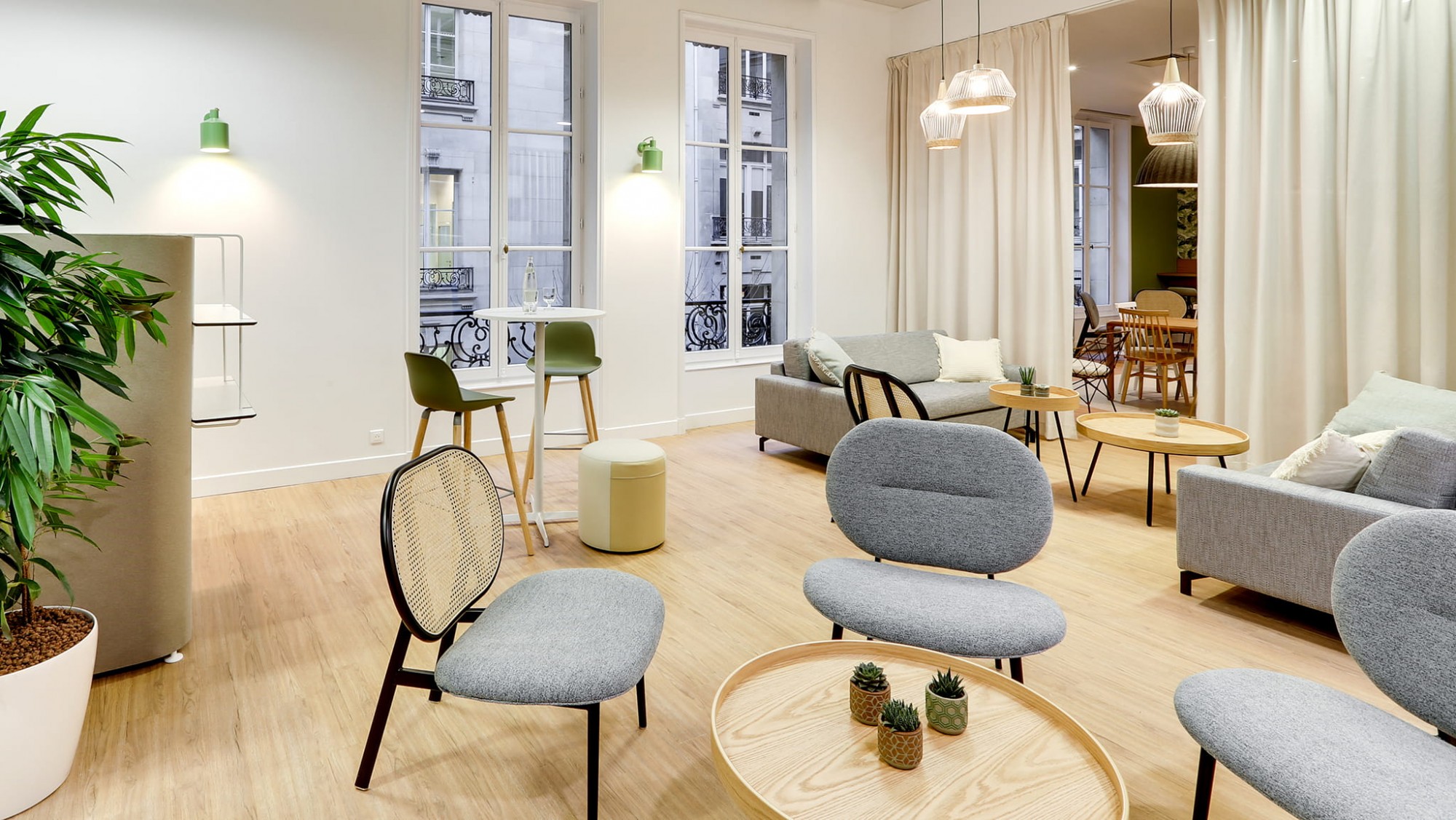 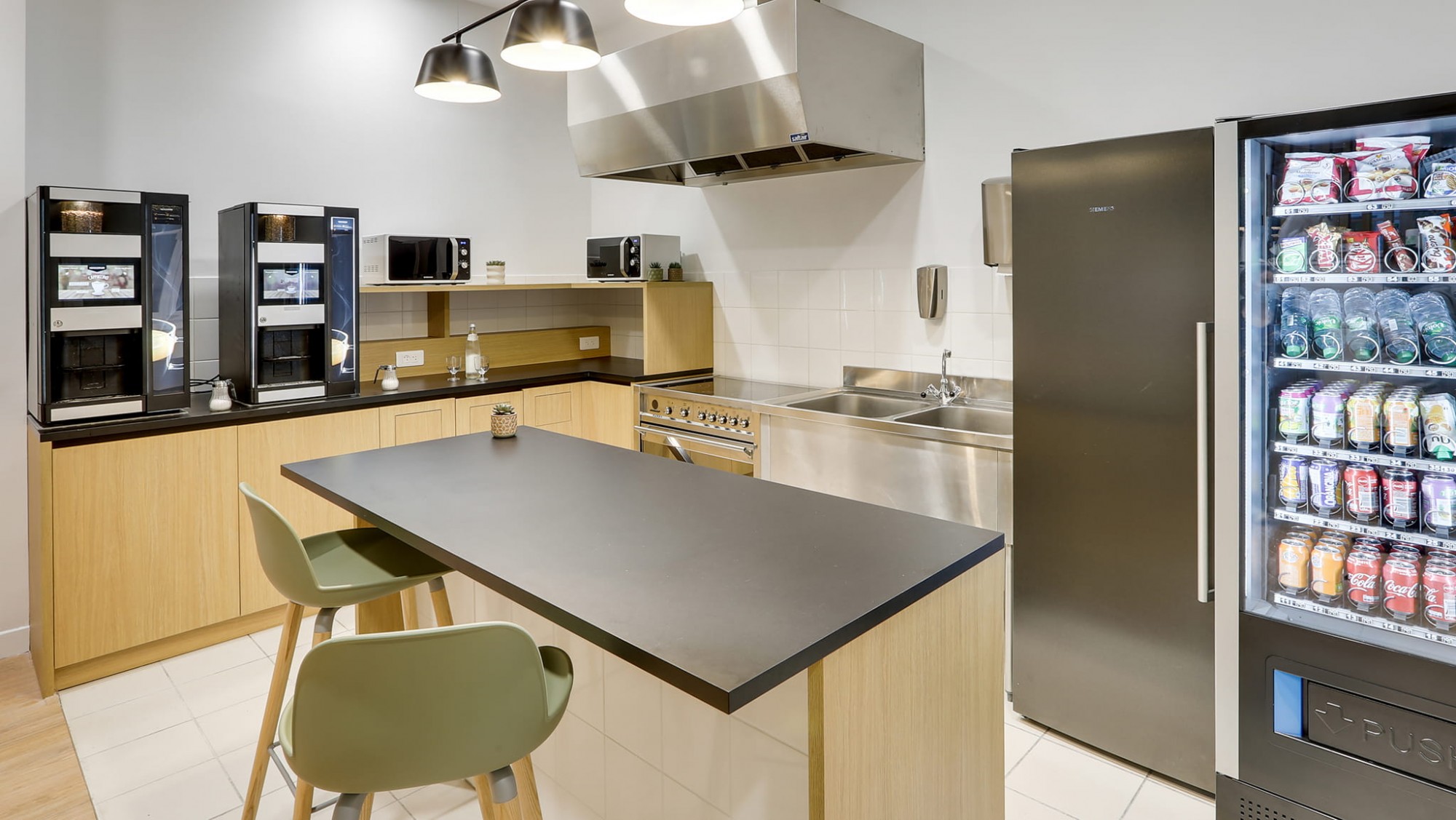 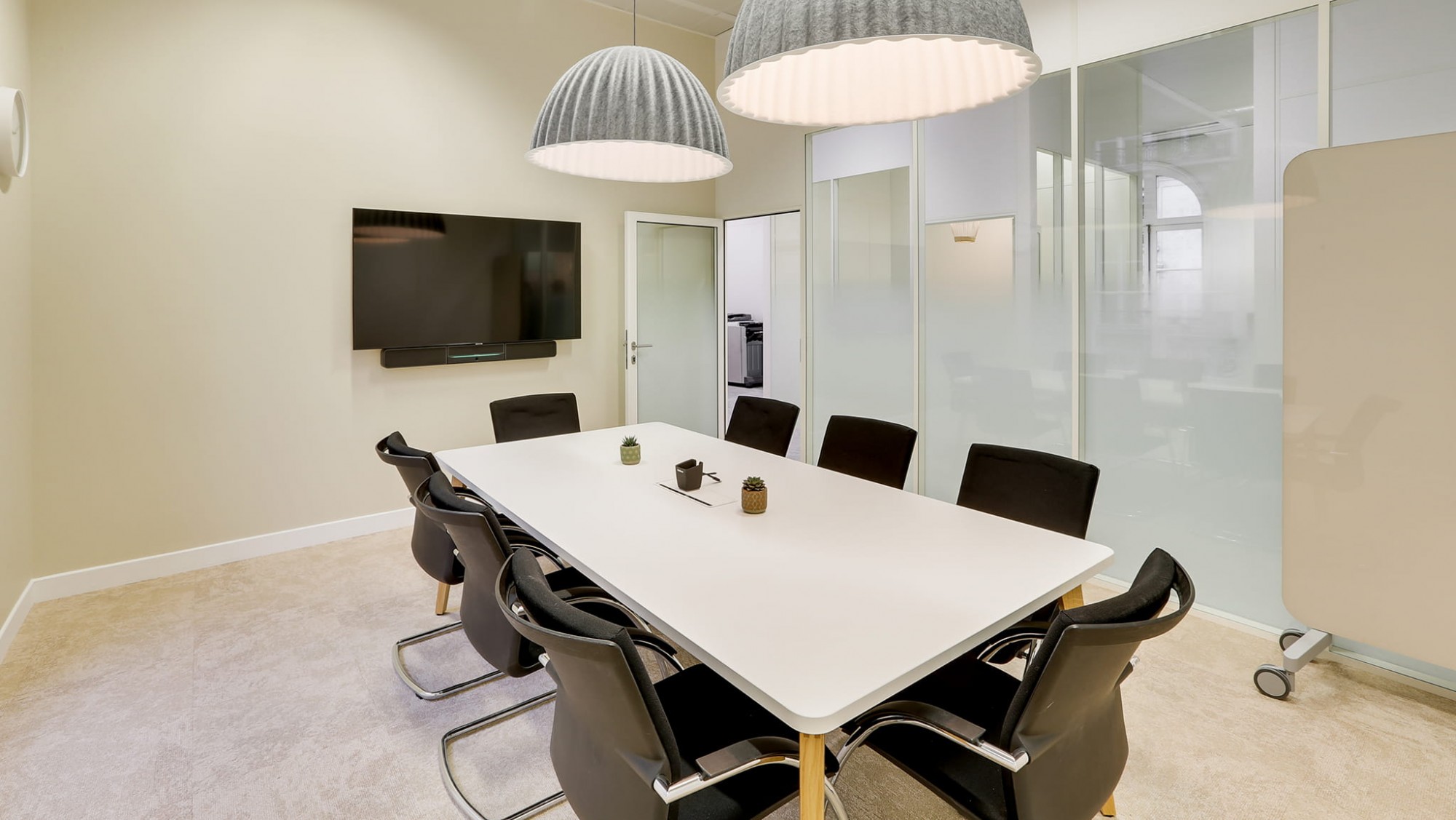 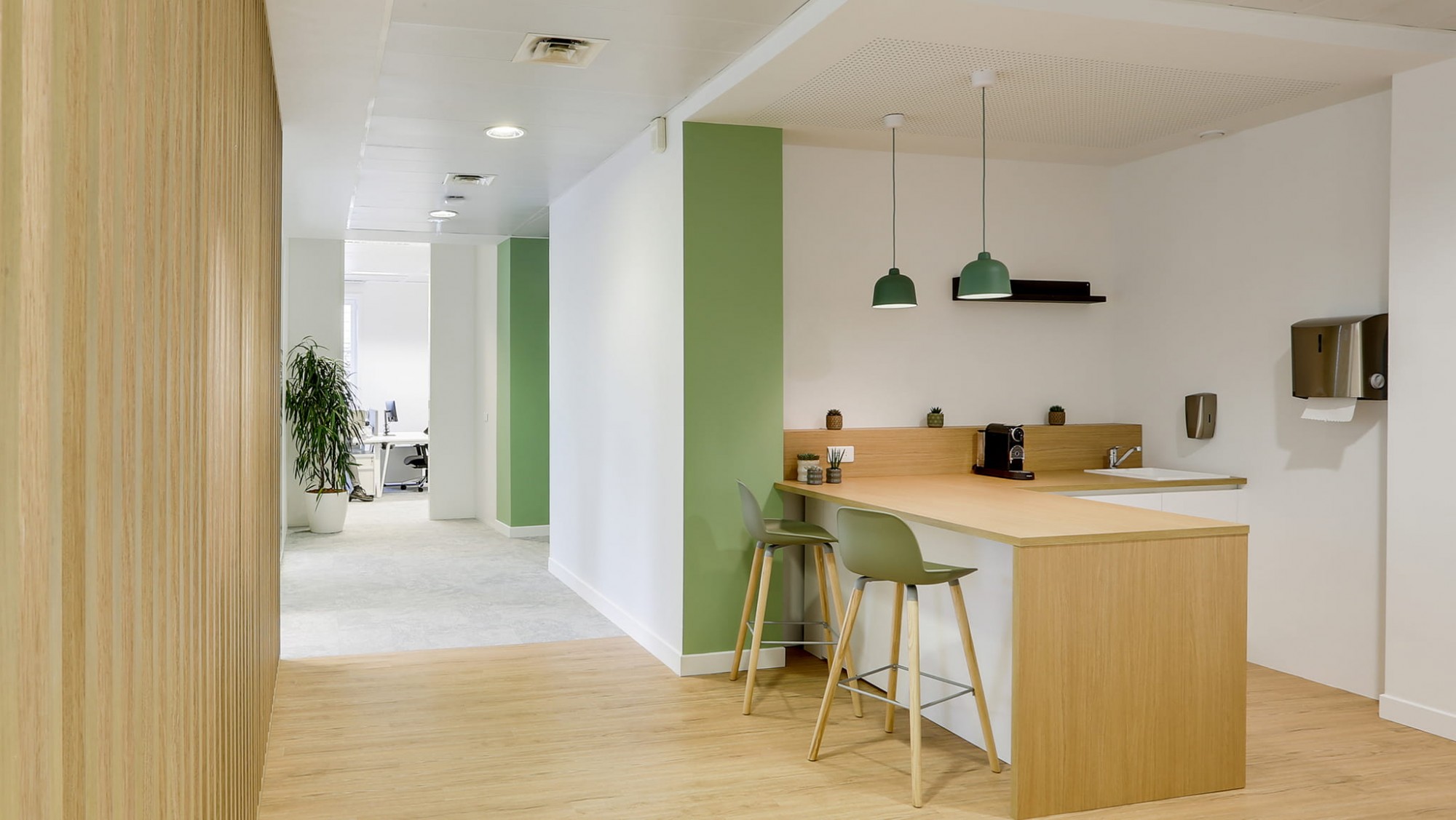 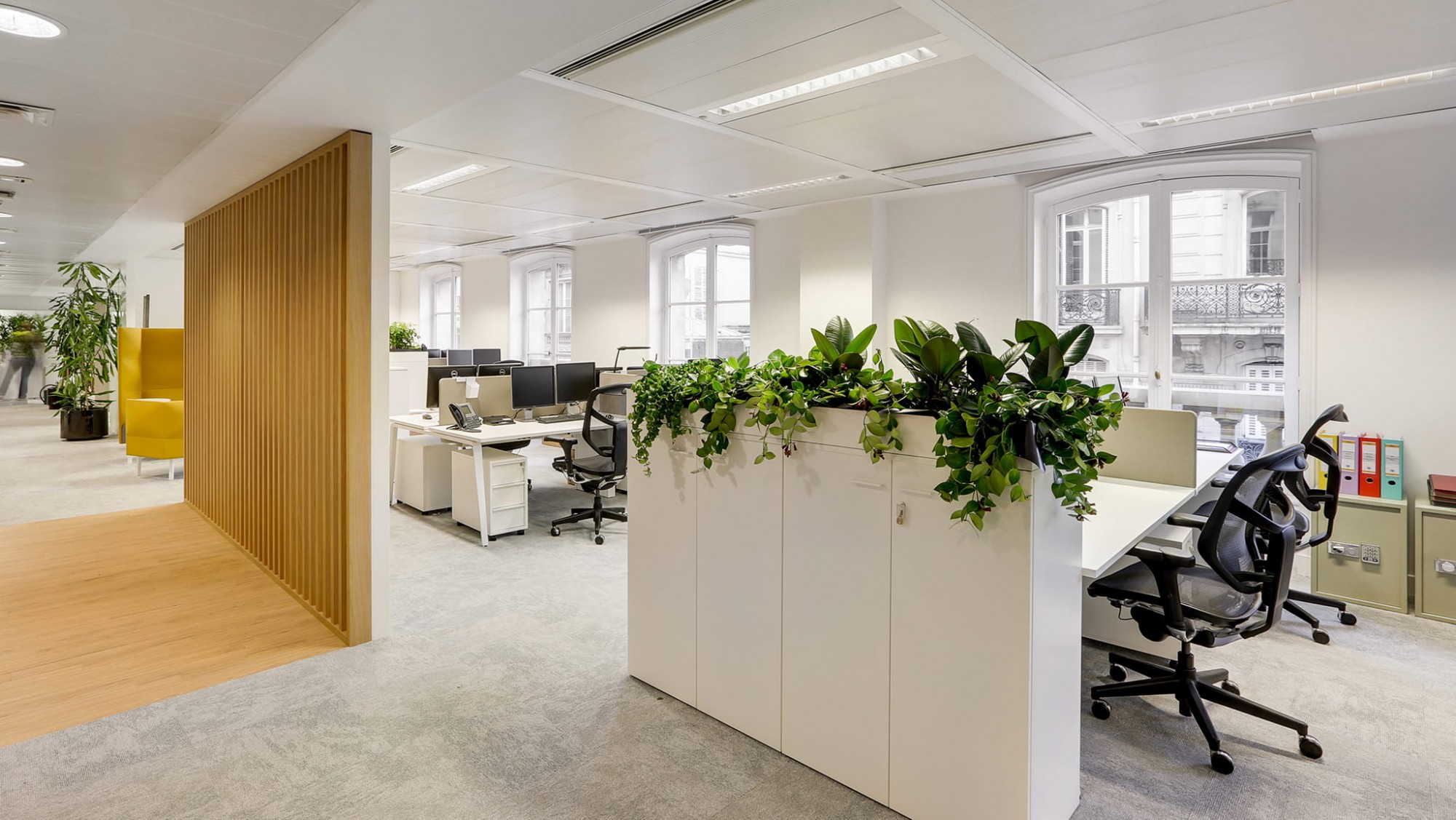 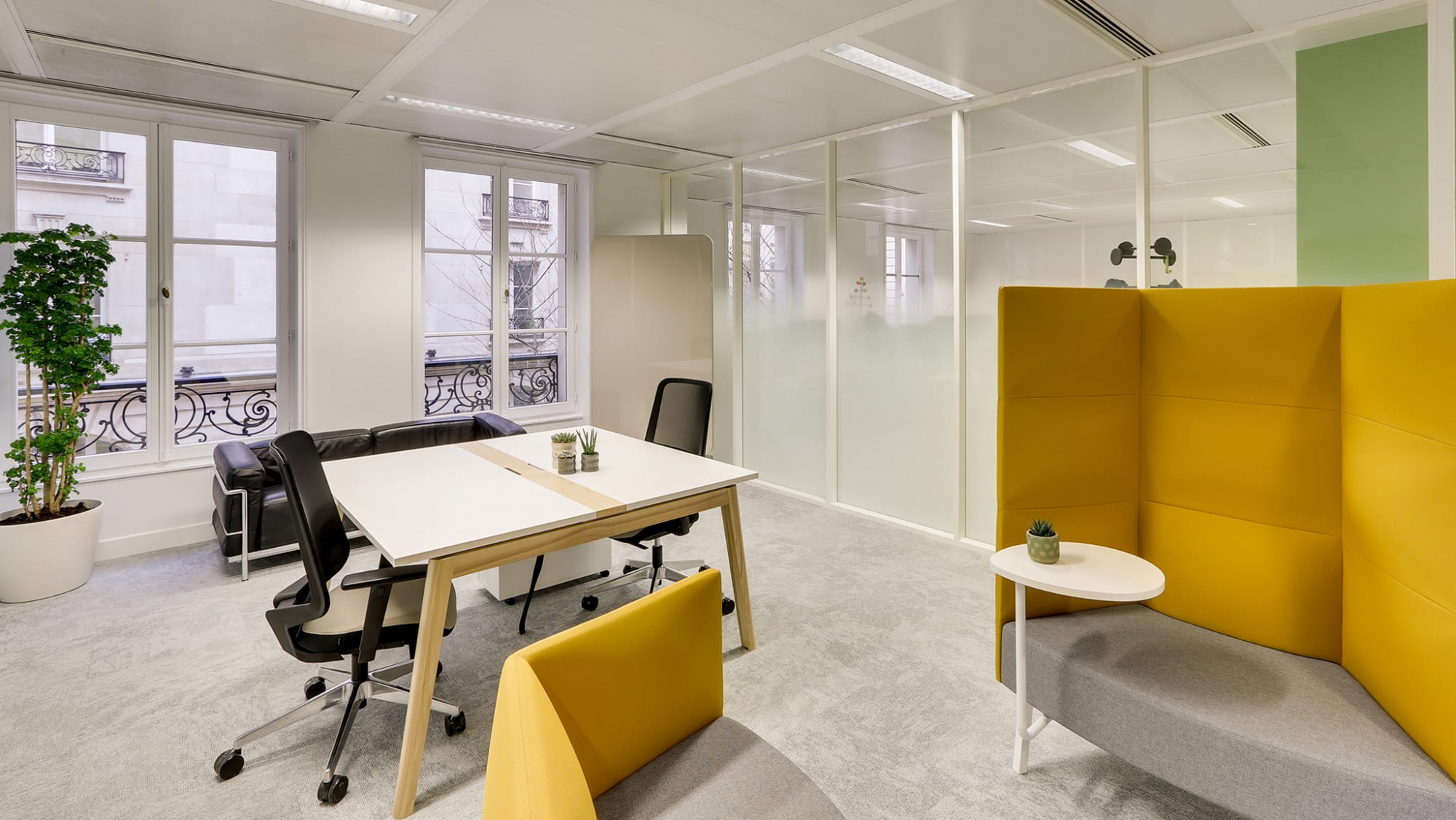 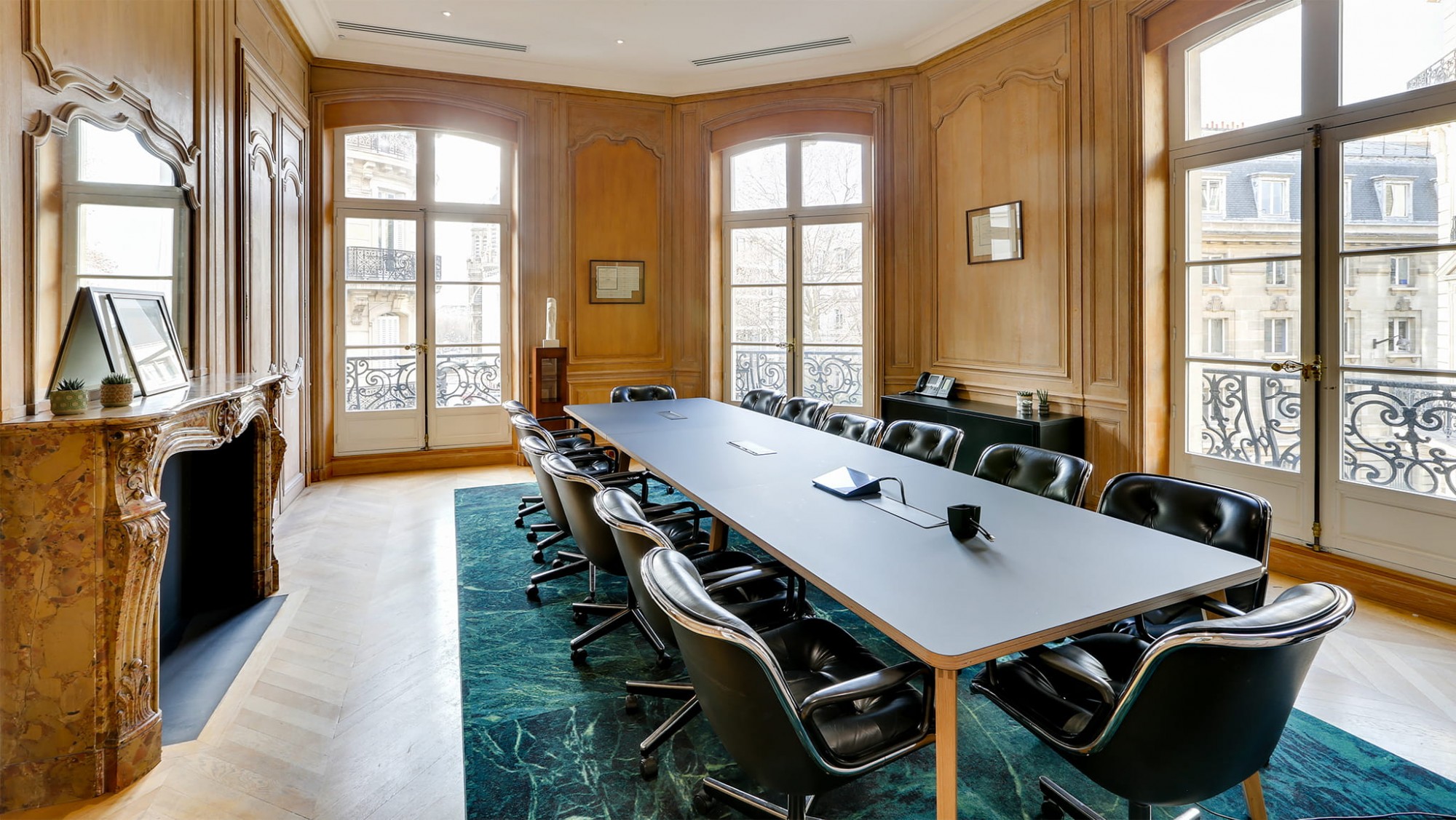 Crédit Immobilier de France decided to improve the working conditions of its staff by providing a place where they can feel great. The refurbishment project aimed to meet 3 current priorities :

On this basis, the company switched from a traditional structure with multiple partitioning panels, with individual offices or offices shared between 2 or 3 individuals, to more open working areas, completed by extra shared spaces: an open drinks area, alcoves for 2-3 individuals and informal lounge areas / recesses on each floor. Areas which used to be partitioned off and dark, such as the kitchen or meeting rooms, are now lighter, more cosy and more welcoming.

A “Village square” was created on the 2nd floor, the traditional home of management and rarely visited by other members of staff. This space has now been “demystified” and is now open to all as the new central feature of the head office.

Quadrilatère also integrated the concerns of future users, particularly noise levels, due to the transition to open space, by replacing the current PVC flooring with an absorbent carpet, by removing partition walls with metal coatings, which reflect noise, or by opting for fittings to match usages : soundproof partitions, surround features, absorbent fabric coatings for informal areas on the upper floors.

These changes were applied as a co-design project with the CIF employees. Three workshops were organised to allow employees to participate in project micro-zoning, to describe their needs based on their working styles, to select the atmosphere of the Village Square (colour range, furniture), to consider how to best share spaces with other staff and to establish new living rules. CIF employees were also given the option to select their own work armchair, and a range of chairs was left on the customer’s premises for 1 week to allow employees to try them out.