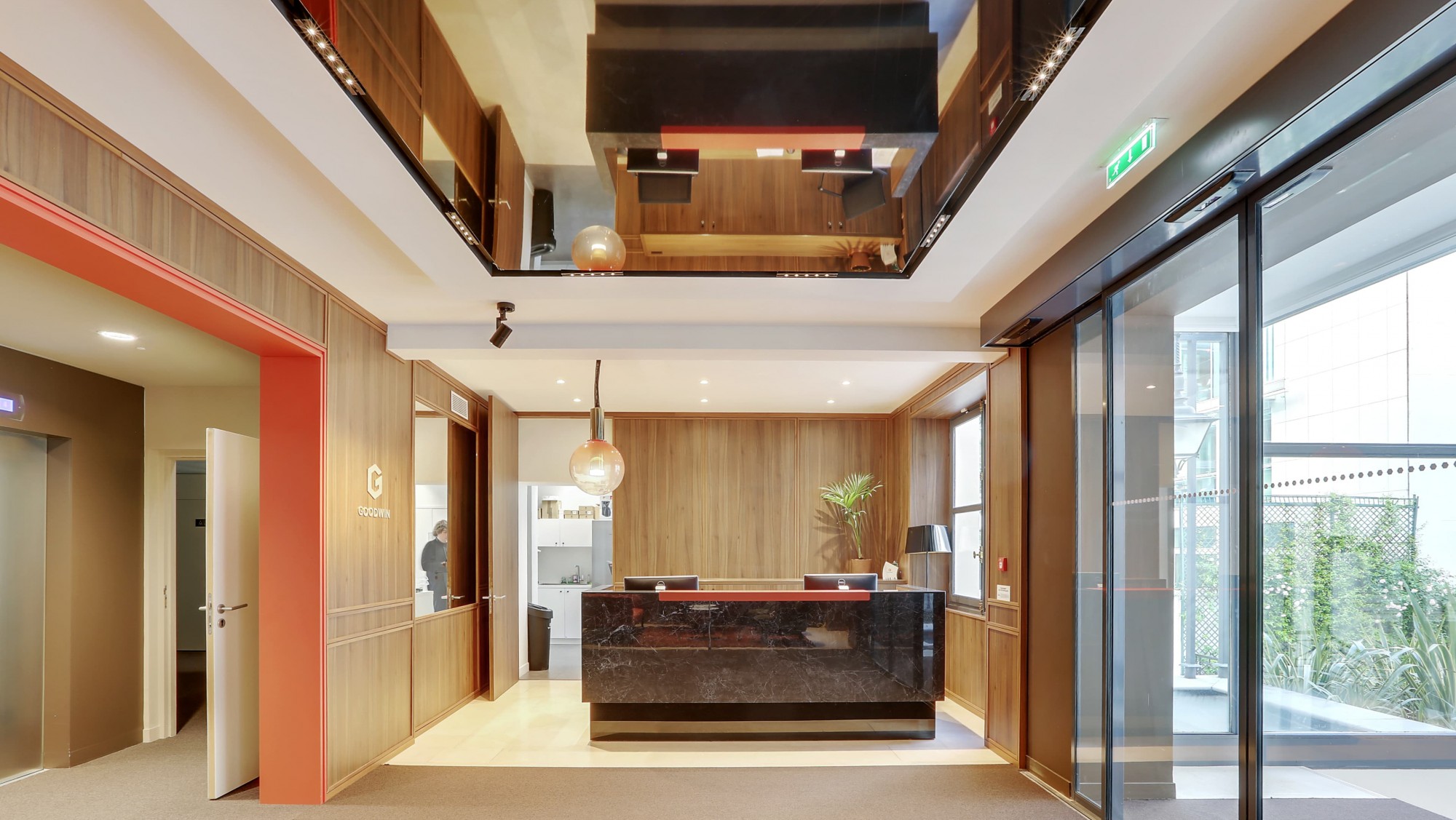 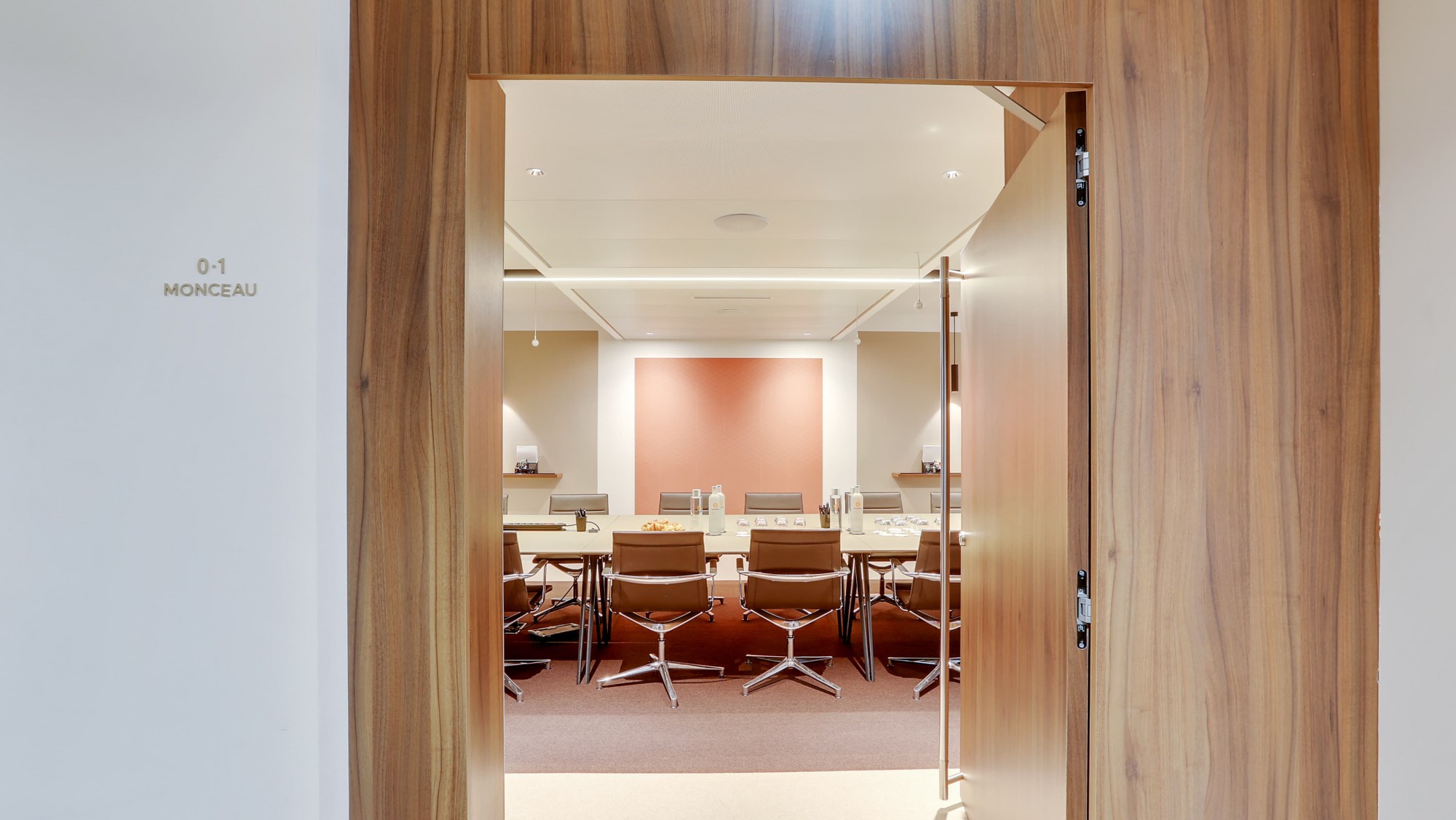 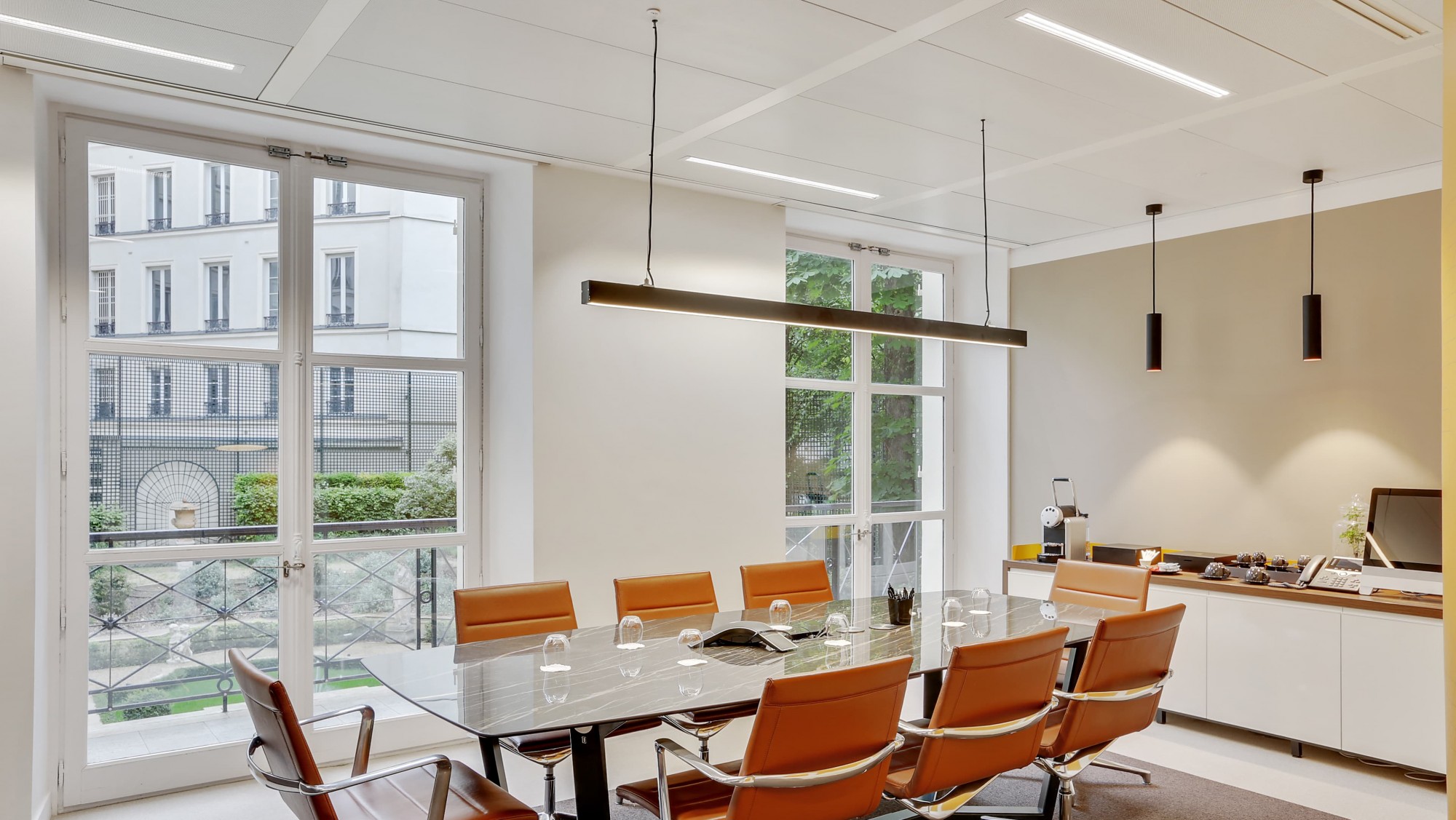 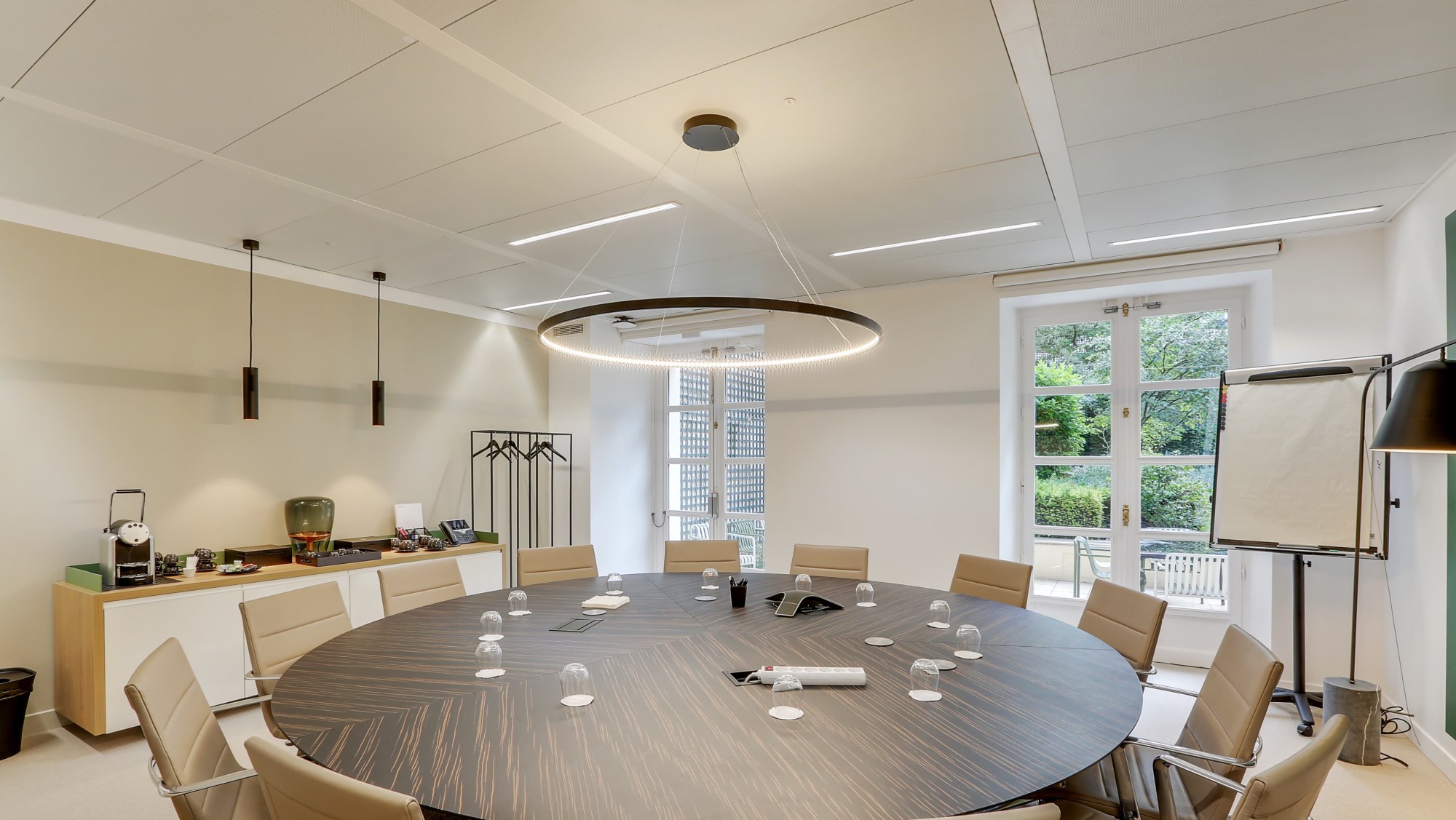 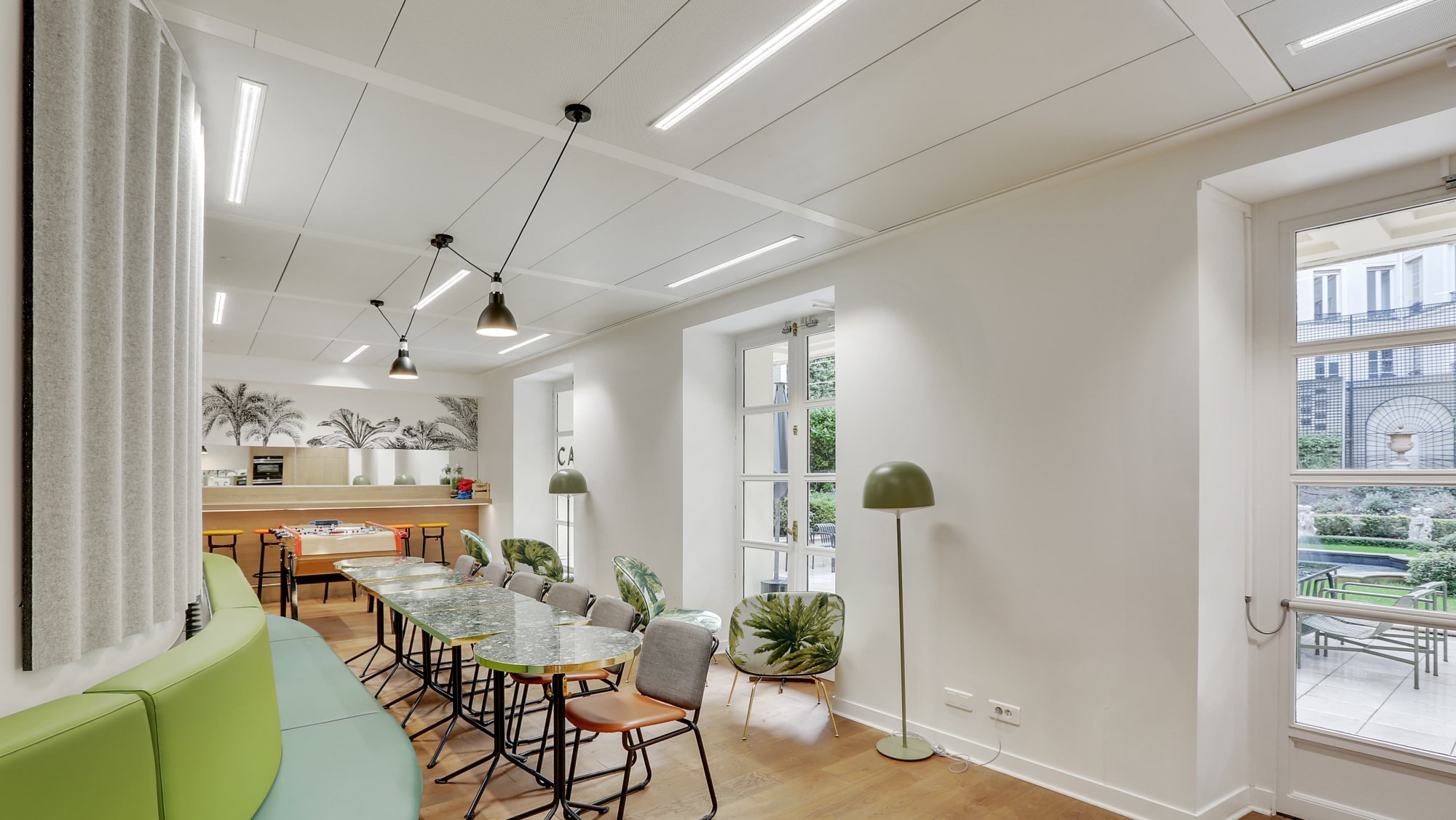 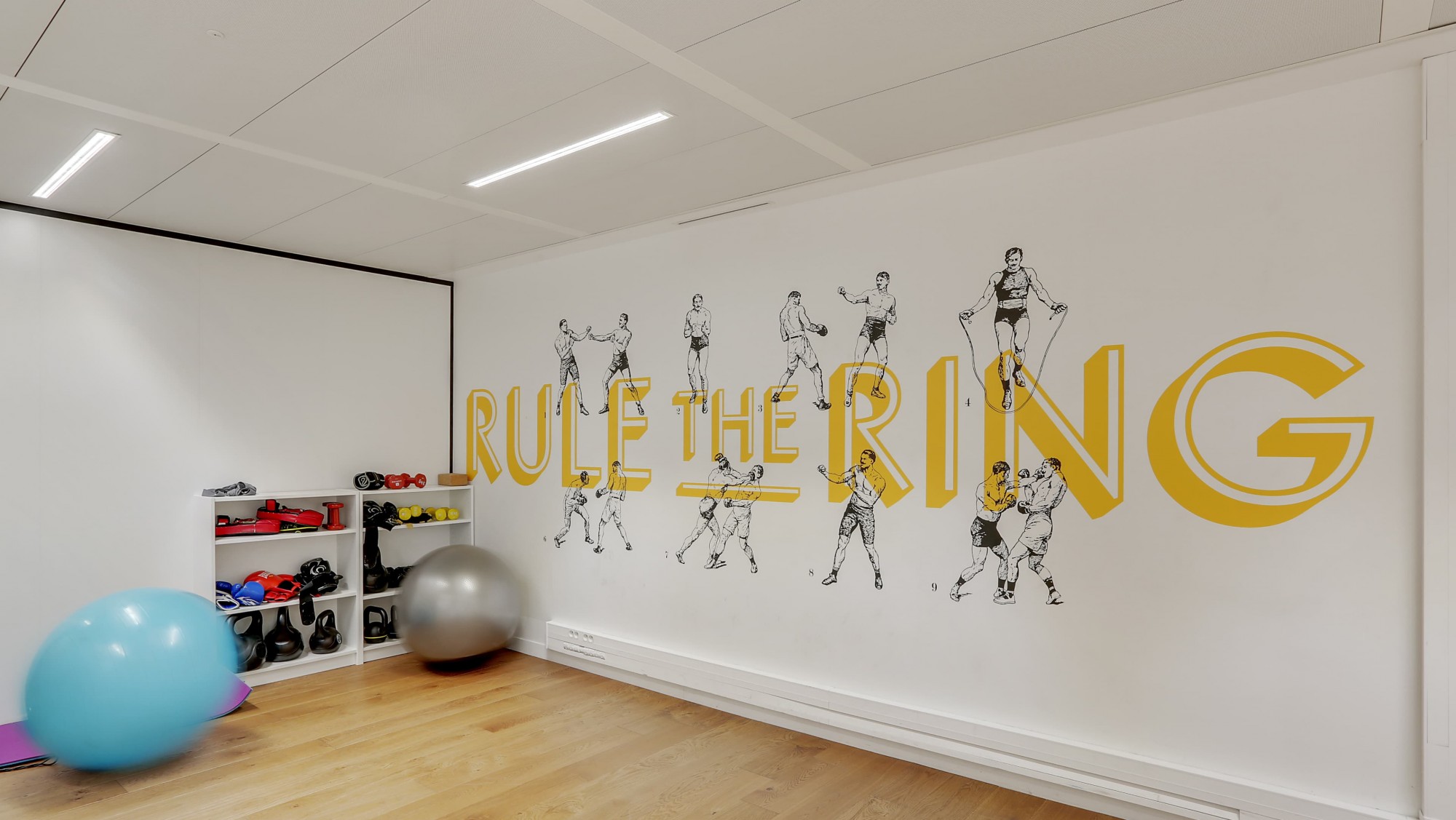 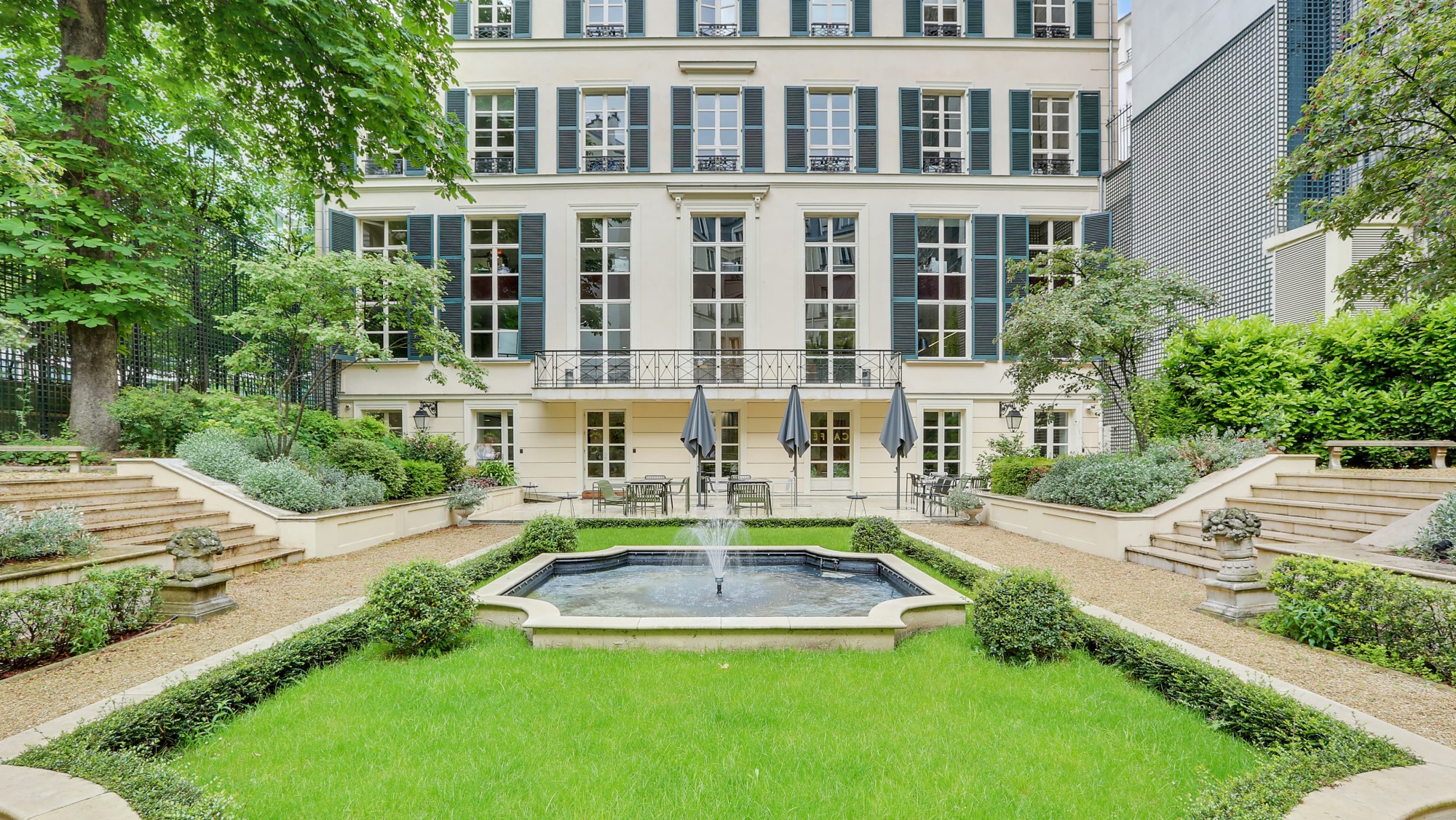 Founded in Boston in 1912 and ranked among the top 50 international business law firms, Goodwin specialises in all sectors of the economy. When their previous lease expired at the end of 2016, the Parisian partners chose an 18th-century private mansion that they wished to use like a small house. On the ground floor and basement level 1, Saguez & Partners designed luxurious, welcoming meeting rooms, and youthful, modern spaces for interaction. The partitioned offices on the upper floors are functional and filled with light. Quadrilatère met three main challenges during this project:

– The project’s international dimension: as Goodwin’s US headquarters retained the financial and technical management of the project, Quadrilatère had to interface between the two continents, while integrating their requests, and adapting US standards to French labour law.

– Simultaneous work: Quadrilatère had to begin its work before the owner’s work was completed since the building was made available in advance.