Quadrilatère recognizes its responsibility for the impacts of its decisions and activities on the society and on the environment. From 2021, the company is committed to maintaining its growth objectives, while improving its CSR (Corporate Social Responsibility) report. To orchestrate this, Quadrilatère appointed a Director of Sustainable Development, and created an internal CSR committee intended to rethink, suggest and implement tangible improvements.

In July 2022, Quadrilatère obtained a score of 75/100 from EcoVadis, an evaluation platform for CSR and responsible purchasing performance (ecovadis.com). Corresponding to the platinum medal, this is the highest distinction awarded by the platform, which places us in the top 1% of companies evaluated by EcoVadis.

Quadrilatère is committed to implement an eco-responsible policy within its company and aims to develop this approach within its projects.

Quadrilatère carried out its first carbon assessment in 2021, on all the goods, services and activities operated by the company (3 scopes). As we suspected, our construction sites represent 96% of our GHG emissions. On the strength of these conclusions, and in partnership with our consulting firm BL Evolution, Quadrilatère’s internal CSR committee is now working to define a real strategy for reducing our emissions.

At the same time, Quadrilatère being convinced that every gesture counts, the company continues to limit the use of the plane for the business trips of its employees and to encourage soft mobility.

Within its premises, Quadrilatère has implemented a number of actions aimed at reducing its consumption of paper, water and electricity.

In order to reduce its waste as much as possible, the company is equipped with durable dishes, 2 refrigerators and 2 dishwashers. Coffee and tea are purchased in bulk. For the management of its internal waste, Quadrilatère calls on Tricycle Environnement, which collects its disposable masks, coffee grounds and paper/cardboard.

Since March 2022, Quadrilatère has extended its contract with Tricycle to the reuse of its construction waste. Differentiated bins are installed on site at each start of construction to collect scrap metal, plastic, ordinary industrial waste, electrical and electronic waste, cardboard/paper, rubble, wood, plaster and tiles.

For its projects, Quadrilatère recommends the use of natural and eco-responsible materials, from clean industry or from the recycling industry, verifies their origin and consults the existing Environmental and Health Declaration Sheets. These products are referenced in an e-materials library, supplied by our Materials Manager. The products are then implemented by its installers and subcontractors, in accordance with the certificate obtained by the finishing materials, and according to the objective of the ecological label to be achieved on the projects.

Likewise, for fittings and furnitures, Quadrilatère verifies the origin of materials, and favors factories located nearby in order to limit CO2 emissions caused by transportation. A CSR furniture catalog, referencing eco and socially responsible manufacturers and products, is currently being drafted.

Quadrilatère pays particular attention to the working conditions of its employees and claims the fairest possible employer / employee relationship : job stability, development opportunities, parity, diversity, skills development, dialogue and transparency regarding the objectives and results of the company.

In 2019, Quadrilatère implemented a “Life Leave” for its employees : the company supports those who wish to take time to devote themselves to a personal or professional project by offering them up to 3 months of additional paid leave.

Since 2020, employees have also been associated with the economic performance of the company through a Company Savings Plan.

In order to help them stay in good health, Quadrilatère included a gym in its plans during the renovation of its premises.

Since 2021, Quadrilatère has been a signatory of the Charte de la diversité (Diversity Charter) and thus undertakes to:

As a committed company, Quadrilatère displays strong values ​​of integrity and transparency, sometimes breaking with the practices of its sector of activity. Quadrilatère is invested to comply with all applicable laws and regulations and expects all of its employees and partners to refrain from any illegal, unethical or dishonest behavior.

The company has an internal societal code of ethics which defines the fundamental principles of integrity, impartiality and honesty to be applied by all its employees.

Quadrilatère has also implemented a CSR Policy relating to its purchases which specifies the selection criteria, the referencing process and the evaluation of its partners (subcontractors, manufacturers, suppliers).

Quadrilatère is an active signatory of the United Nations Global Compact (www.unglobalcompact.org)

At Quadrilatère, taking into account the well-being of our users is not an option, but an obligation. The challenge for our customers today is to improve the quality of the working environment of their employees, to offer them comfortable workspaces, beyond a good chair, a beautiful desk or sofa. We are talking about acoustic comfort, light and functionality.

“If the employees feel good, in addition to being good ethically, it perfectly meets the societal mission of the company.”

Quadrilatère is an associate member of ARSEG, the Association of Directors of the Work Environment (www.arseg.asso.fr). 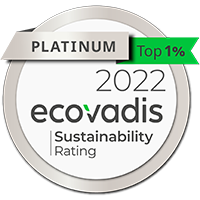 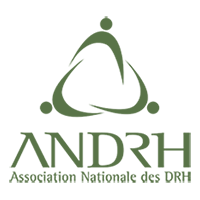