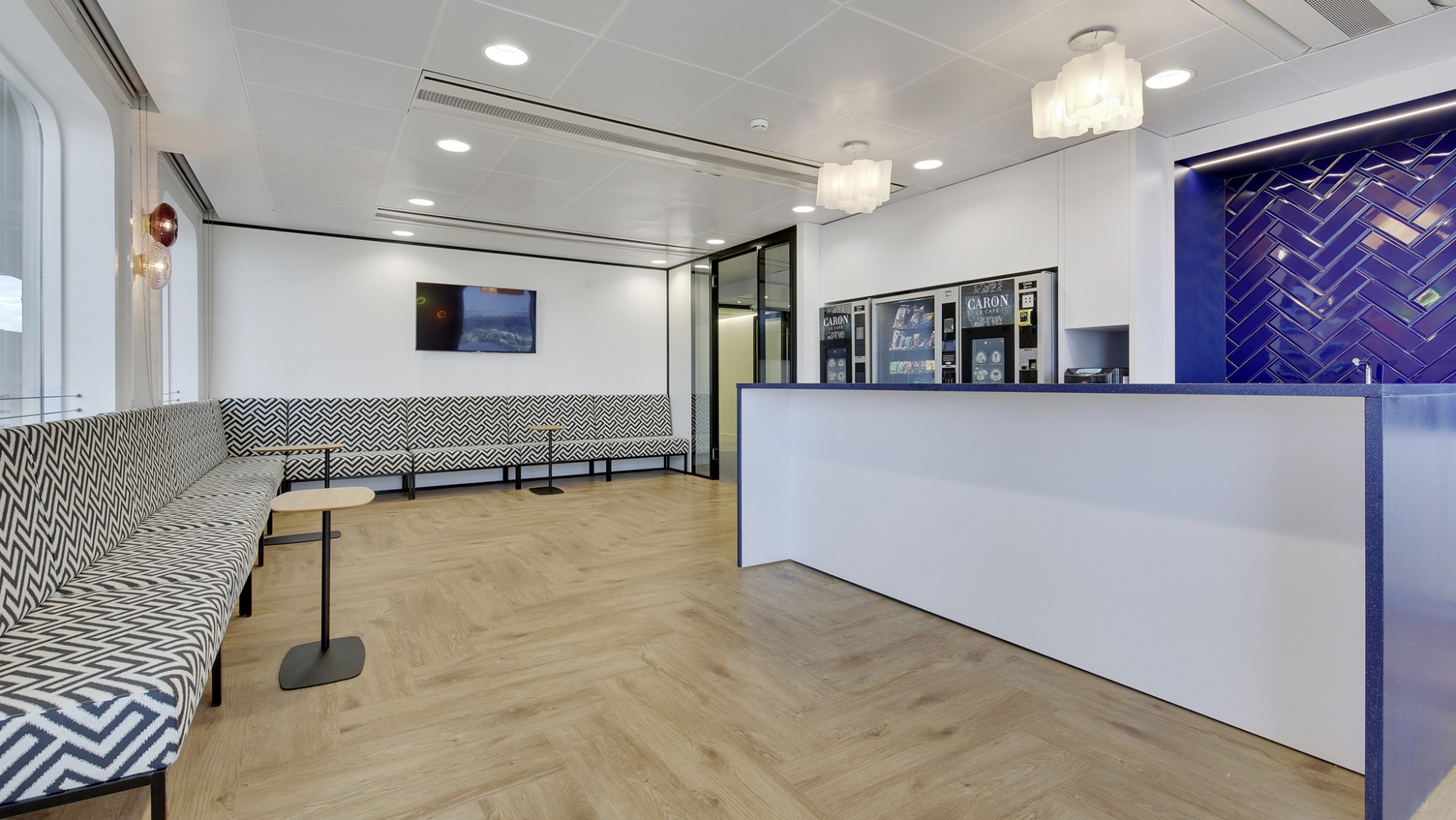 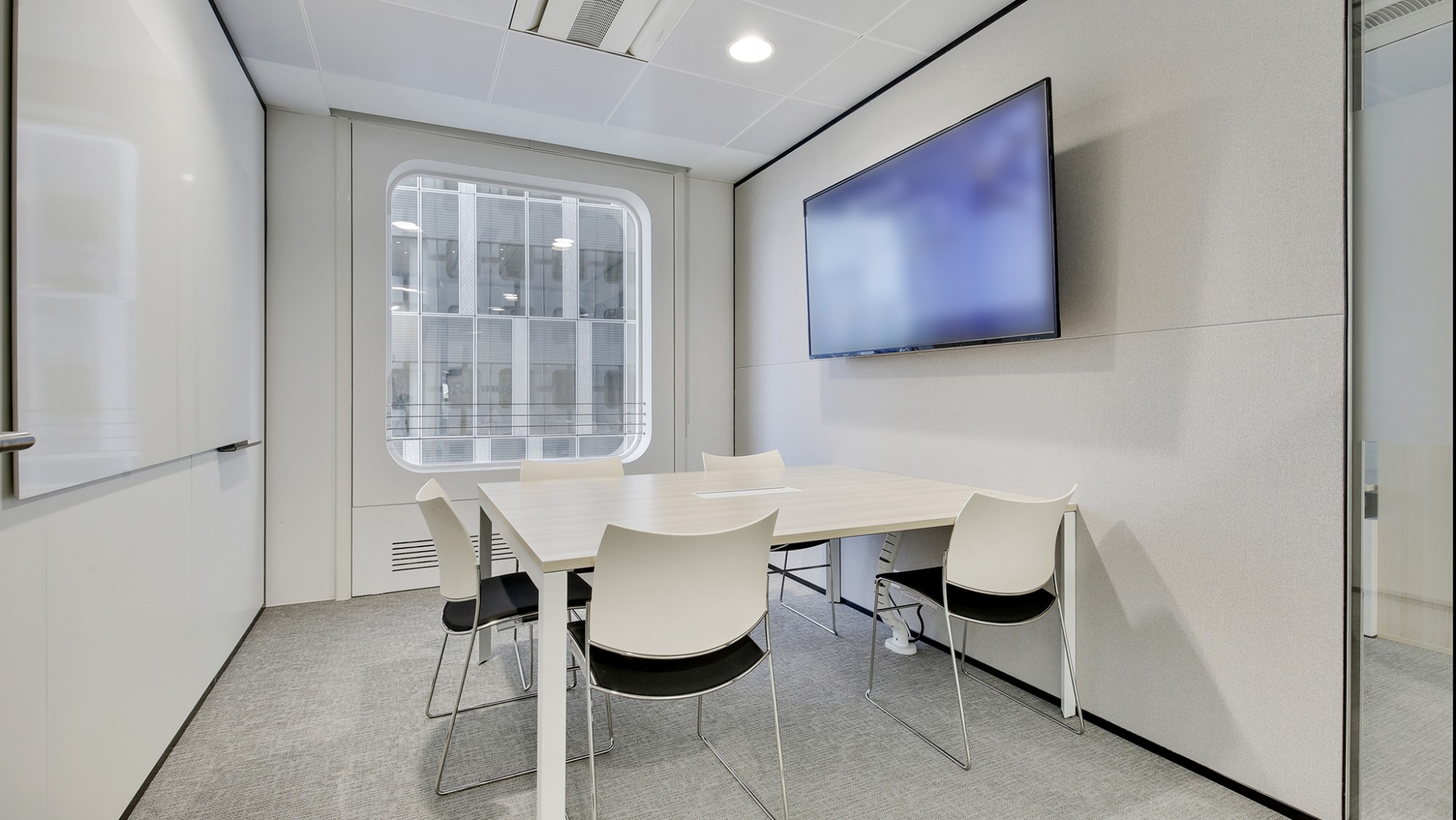 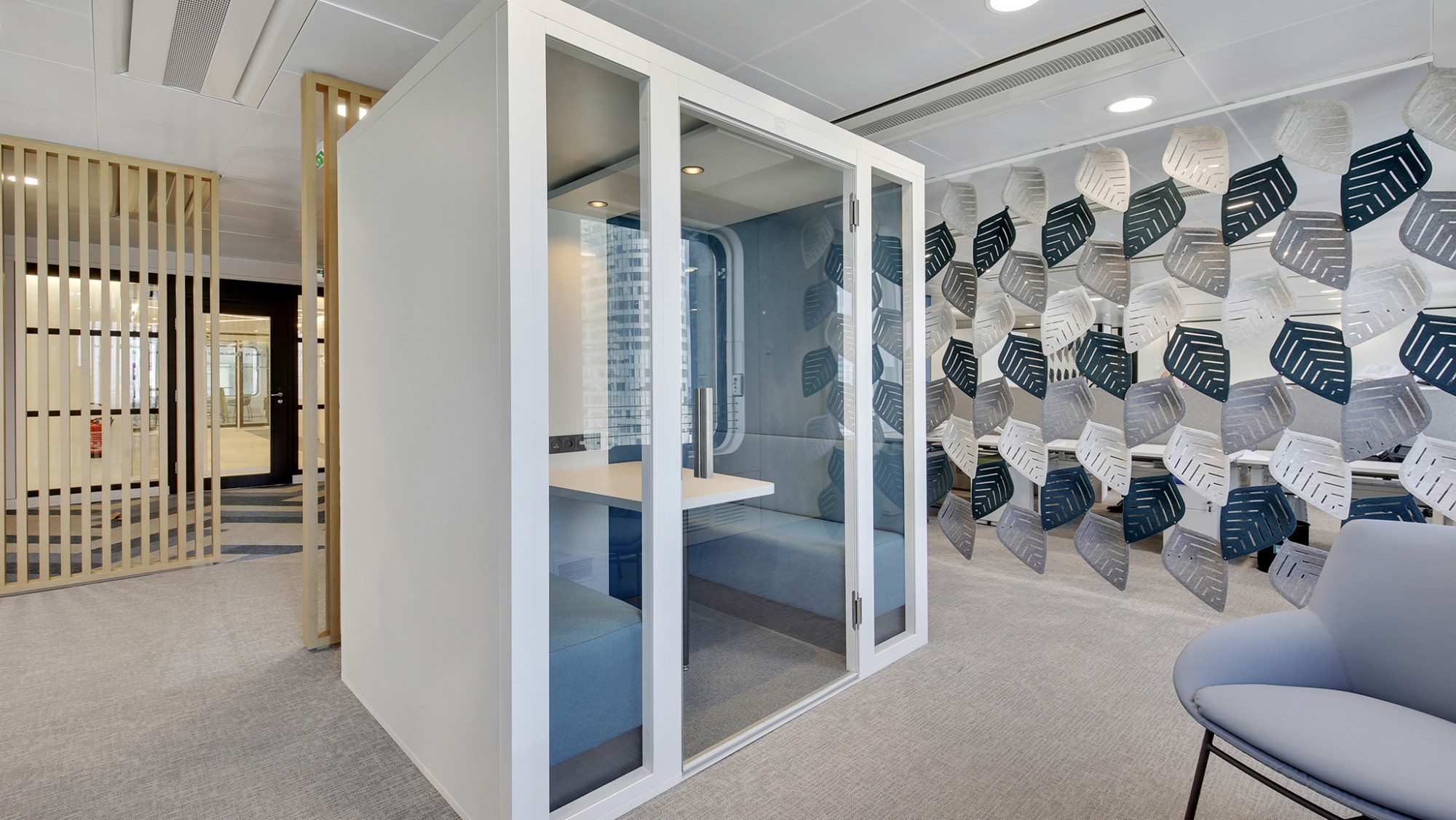 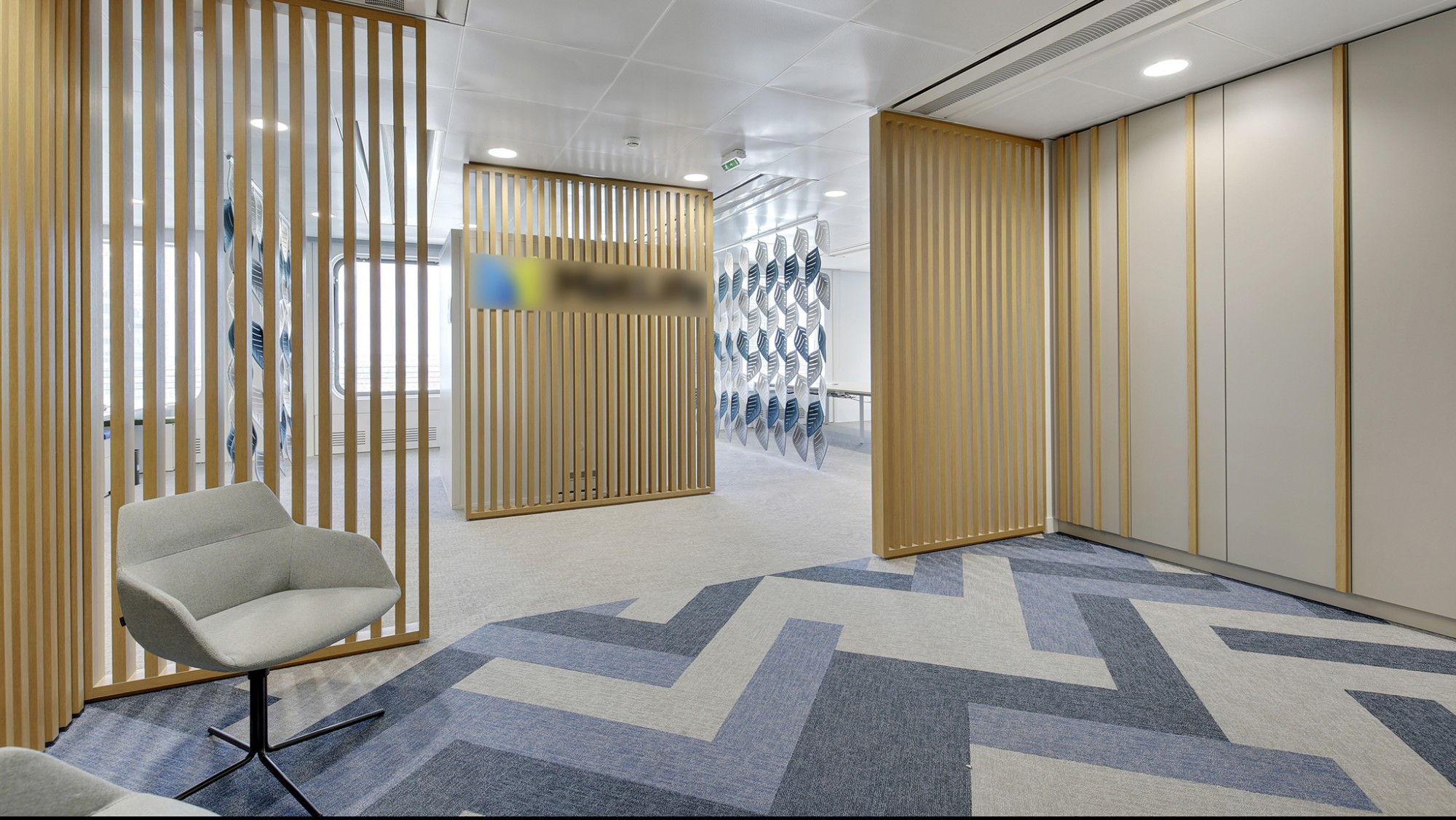 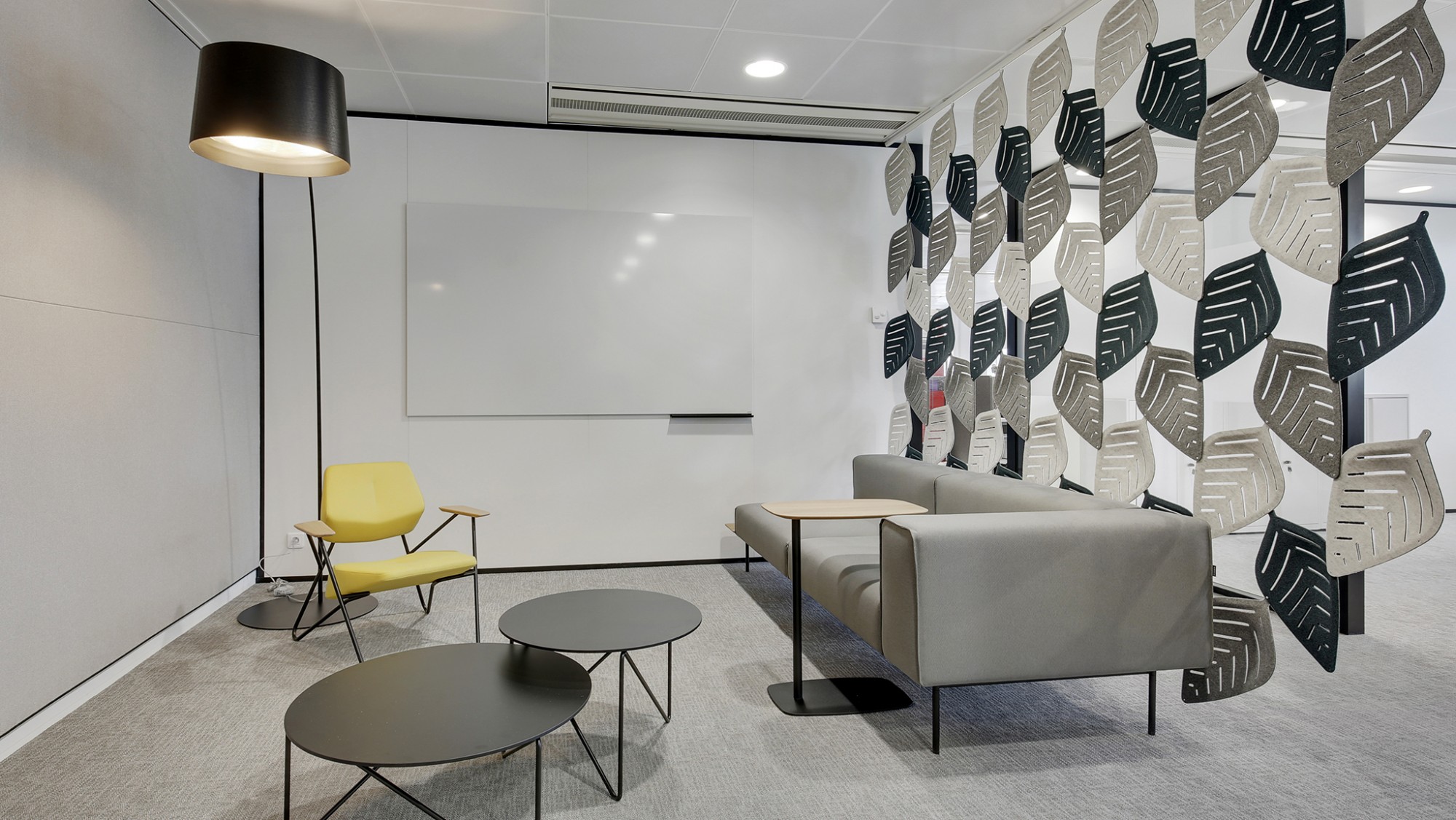 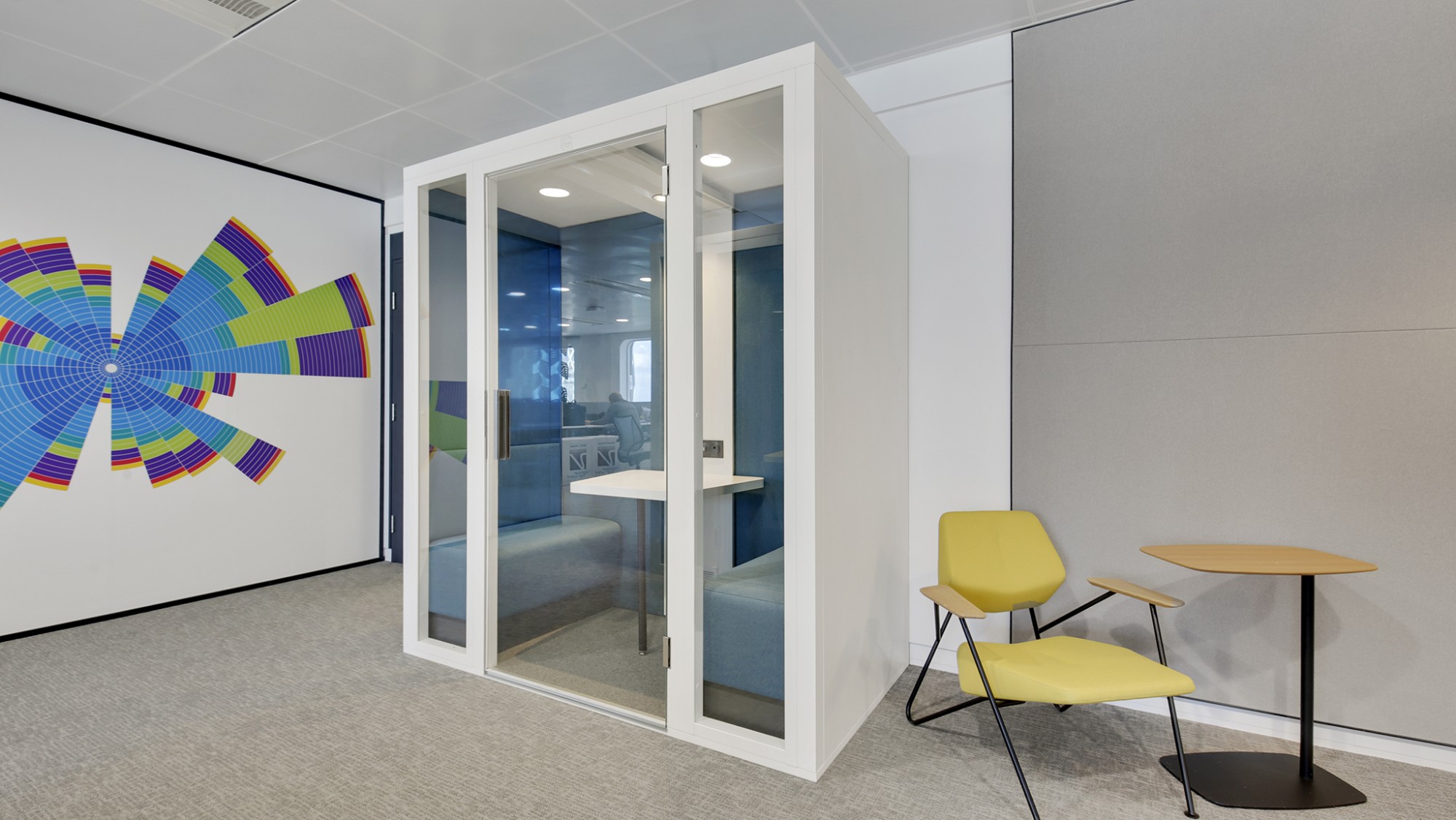 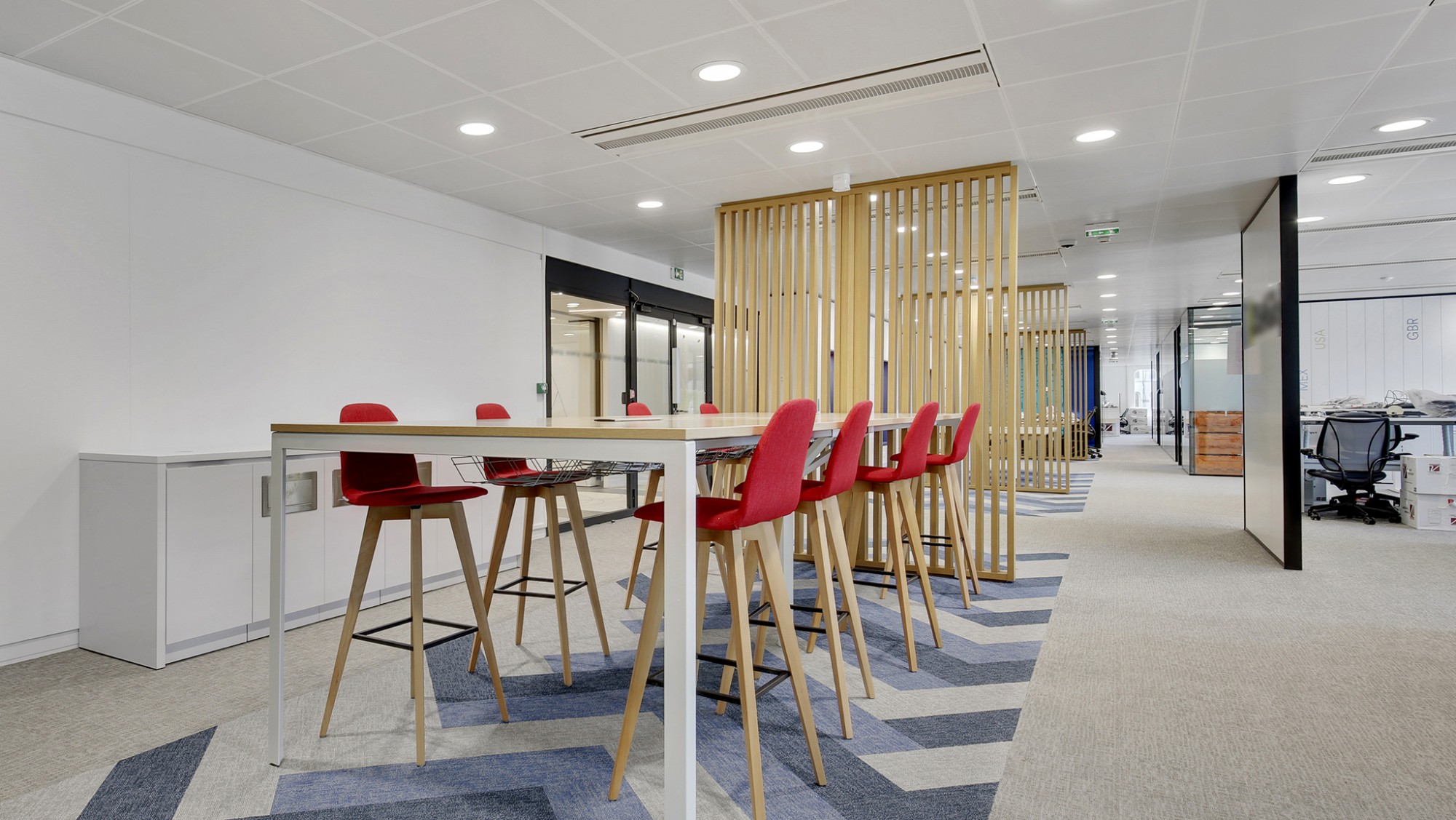 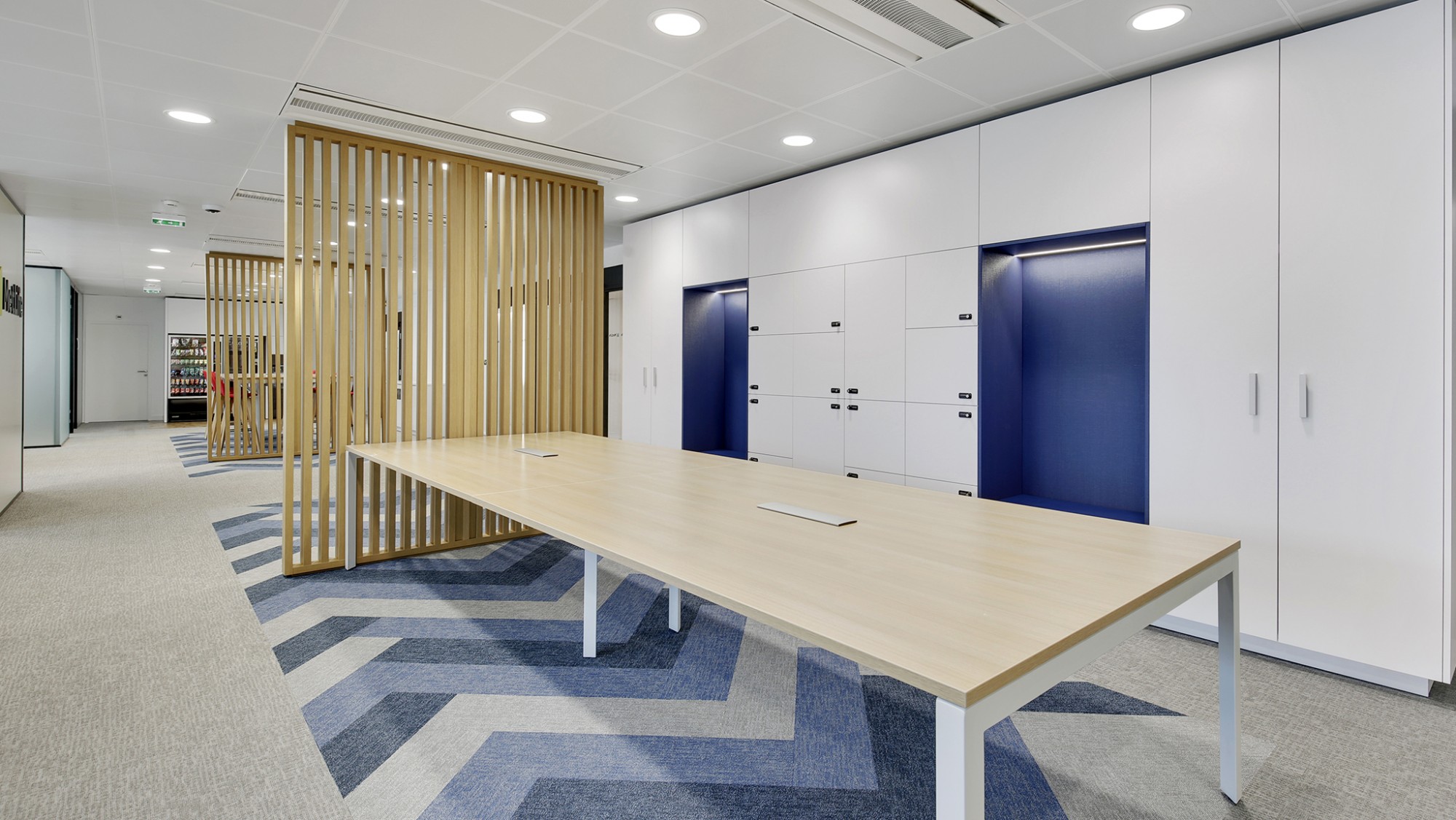 Quadrilatère designed and realized the new premises of this international insurer, now settled over one and a half floors of the Tour Ariane.

In terms of design, the intended traditional and timeless style of the new premises is boosted with some bright colours from the client’s graphic charter, reflecting vitality and growth. In order to differentiate its Paris offices from its other sites, the client also asked us to add a few subtle Paris references : metro station tiling, herringbone carpet and parquet, brewery style wall lights, “sewing” fabric used for settees, etc.

Quadrilatère frequently works within the high-rise buildings of La Défense. We also realized the Marketing Suite of the Tour Ariane in 2016, based on the design by Saguez & Partners. Thanks to this experience, our teams were already familiar with the main technical difficulty for this tower from the 1970’s : equipped with customised metal ceiling slabs, combined with a highly-specific chilled beam ventilation system. This characteristic has complicated the configuration of partition panels and the modifications of the space, conceived in open space, in terms of the meeting rooms for example. Finally, as for all high-rise buildings, we needed to calculate the calorific value of all materials in contact with air.