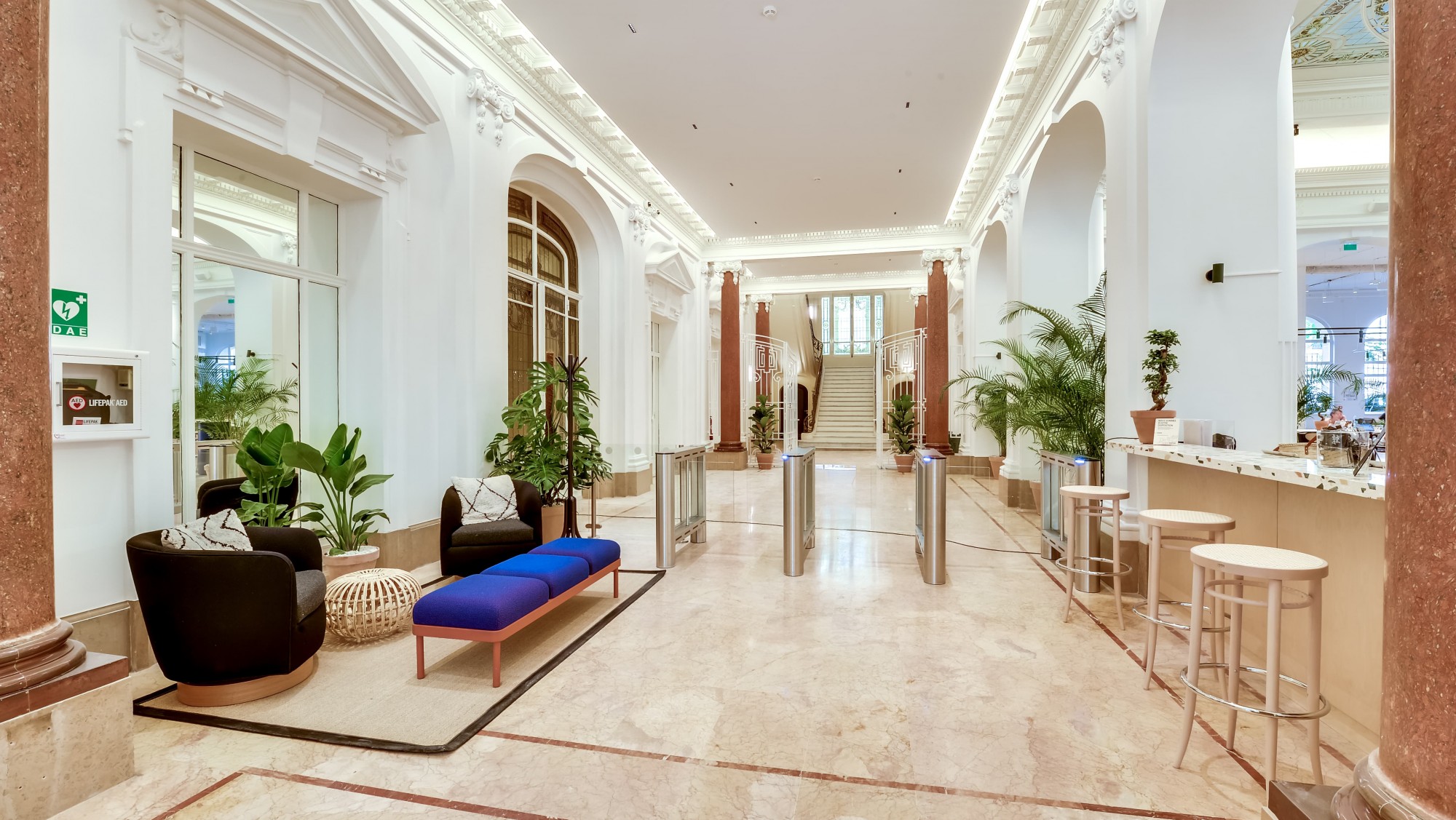 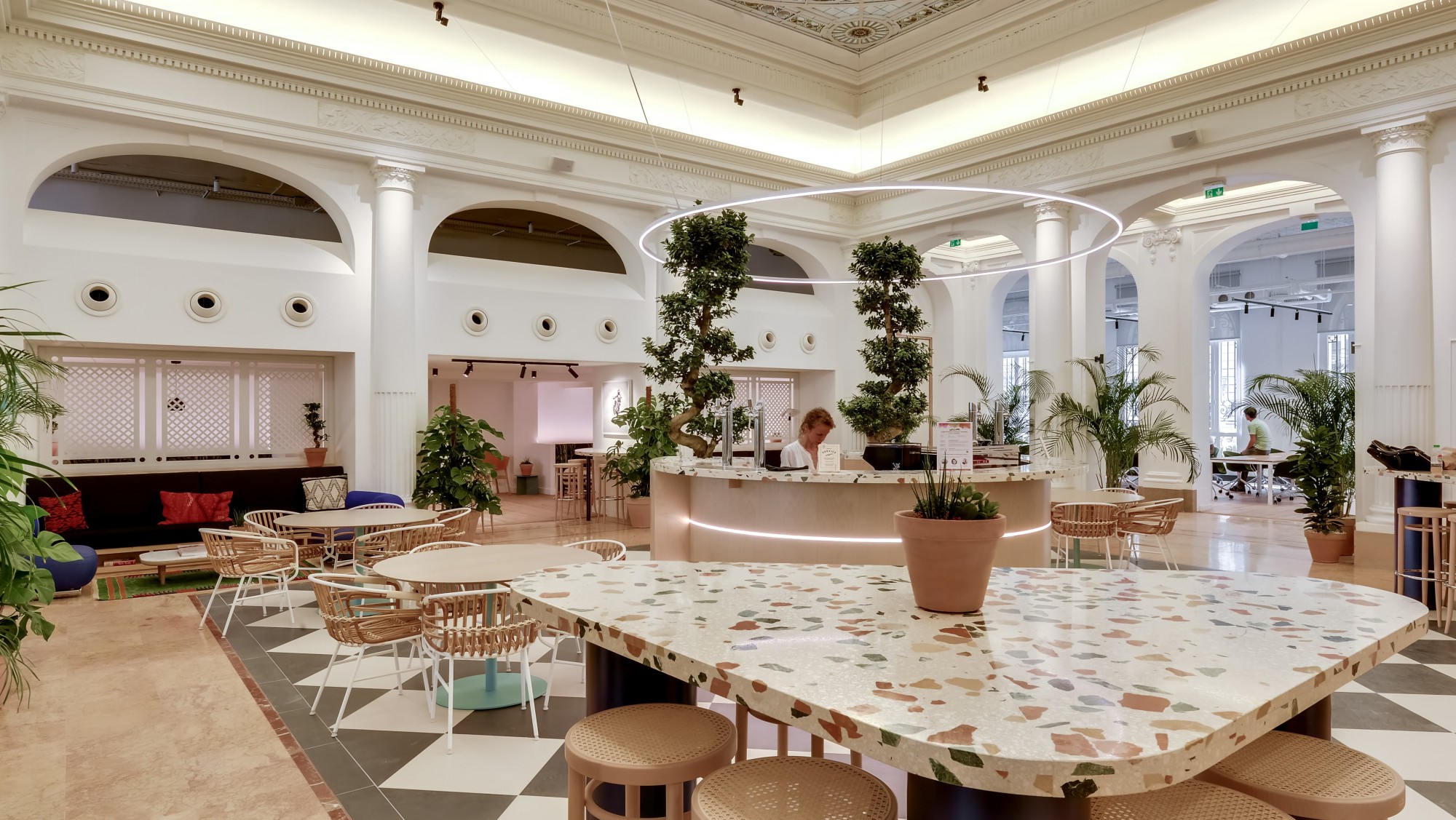 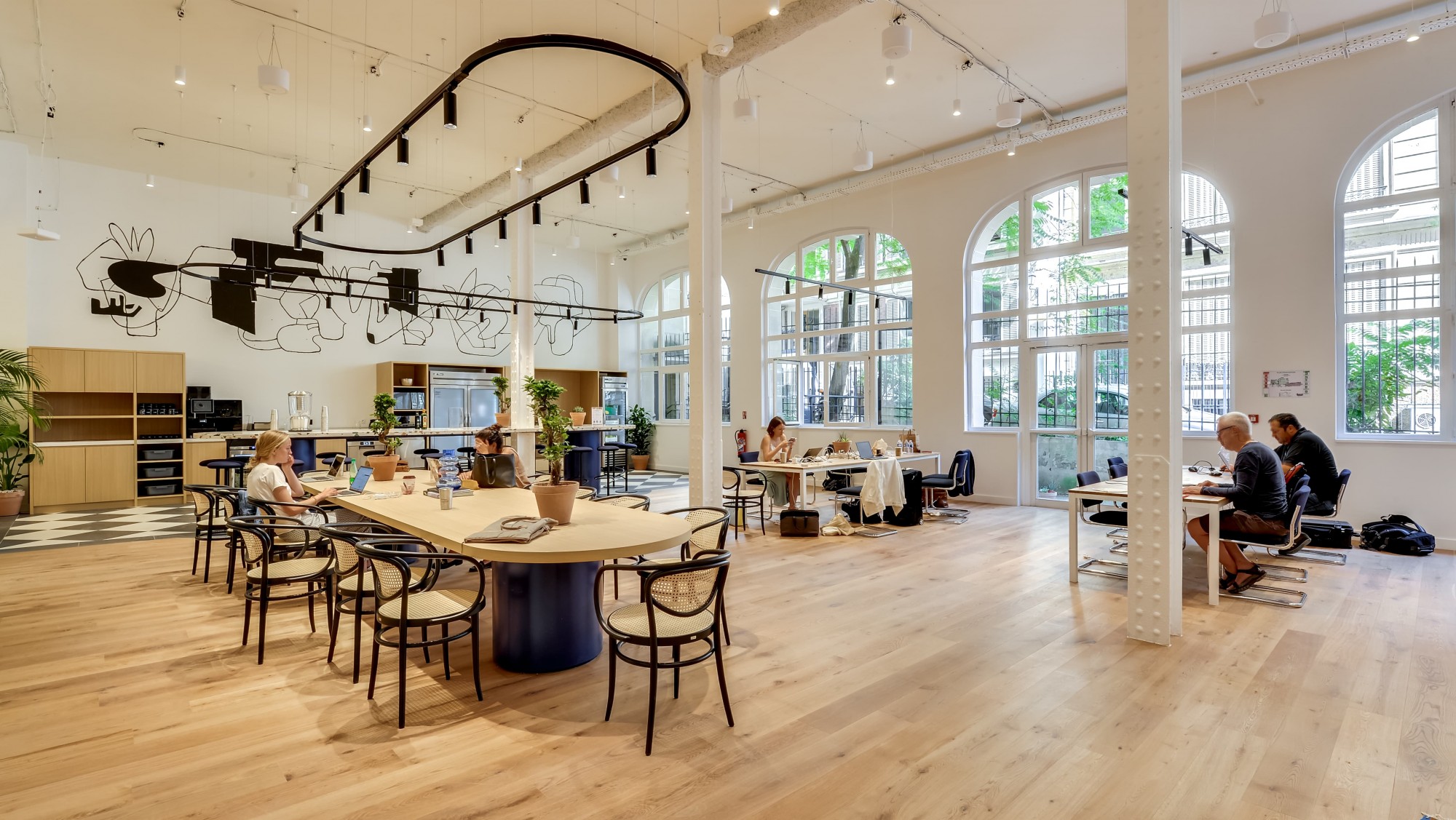 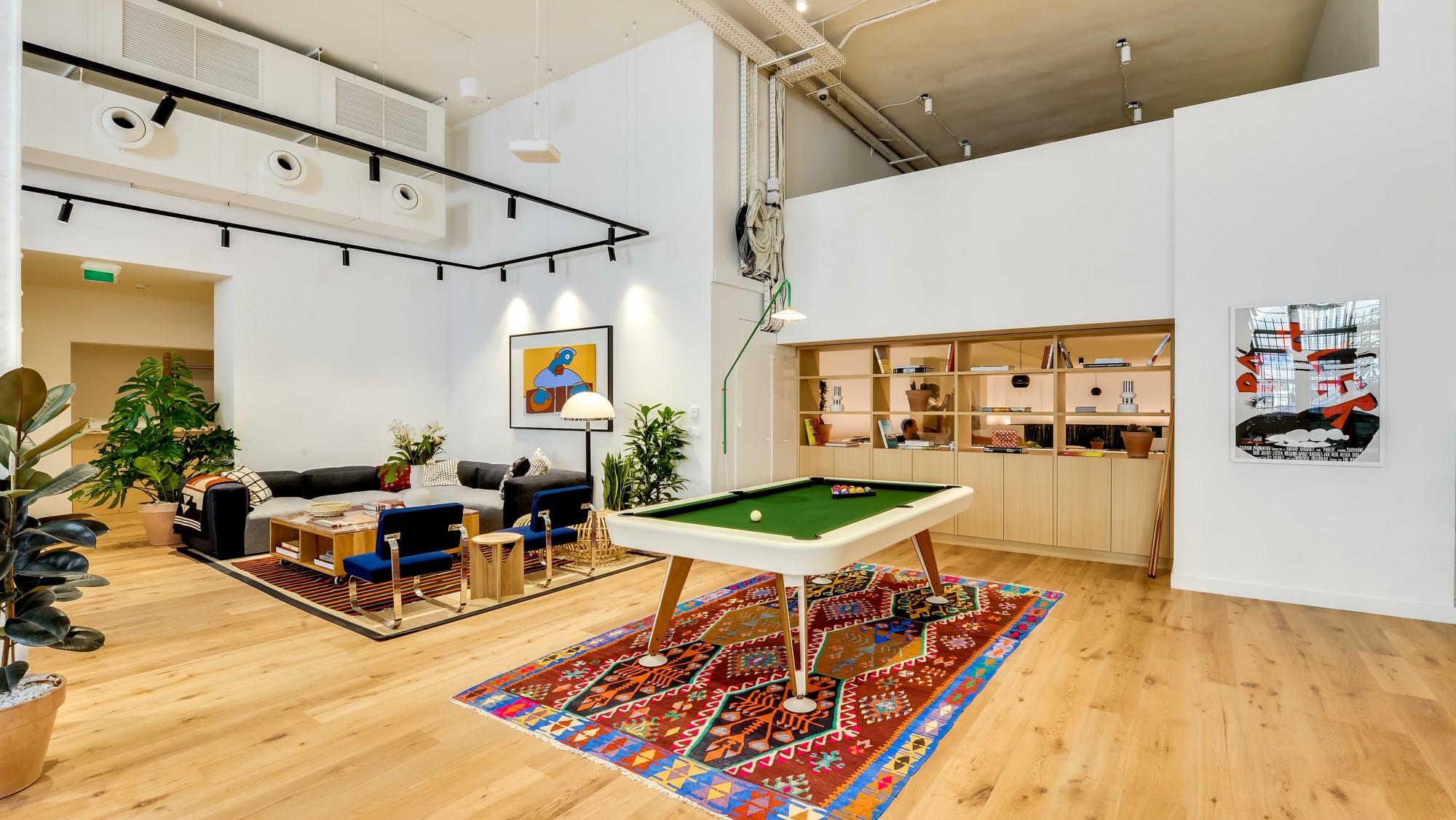 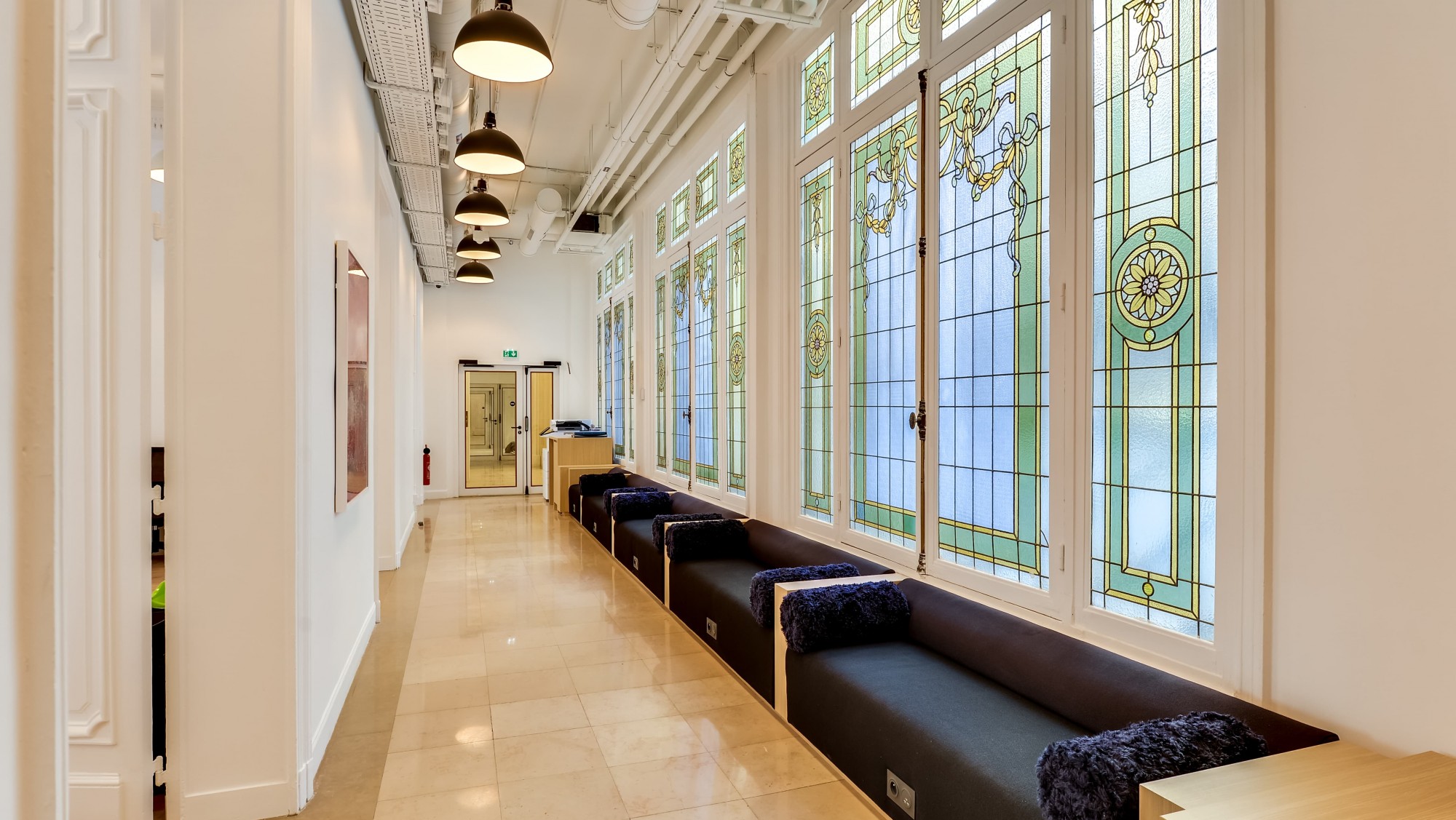 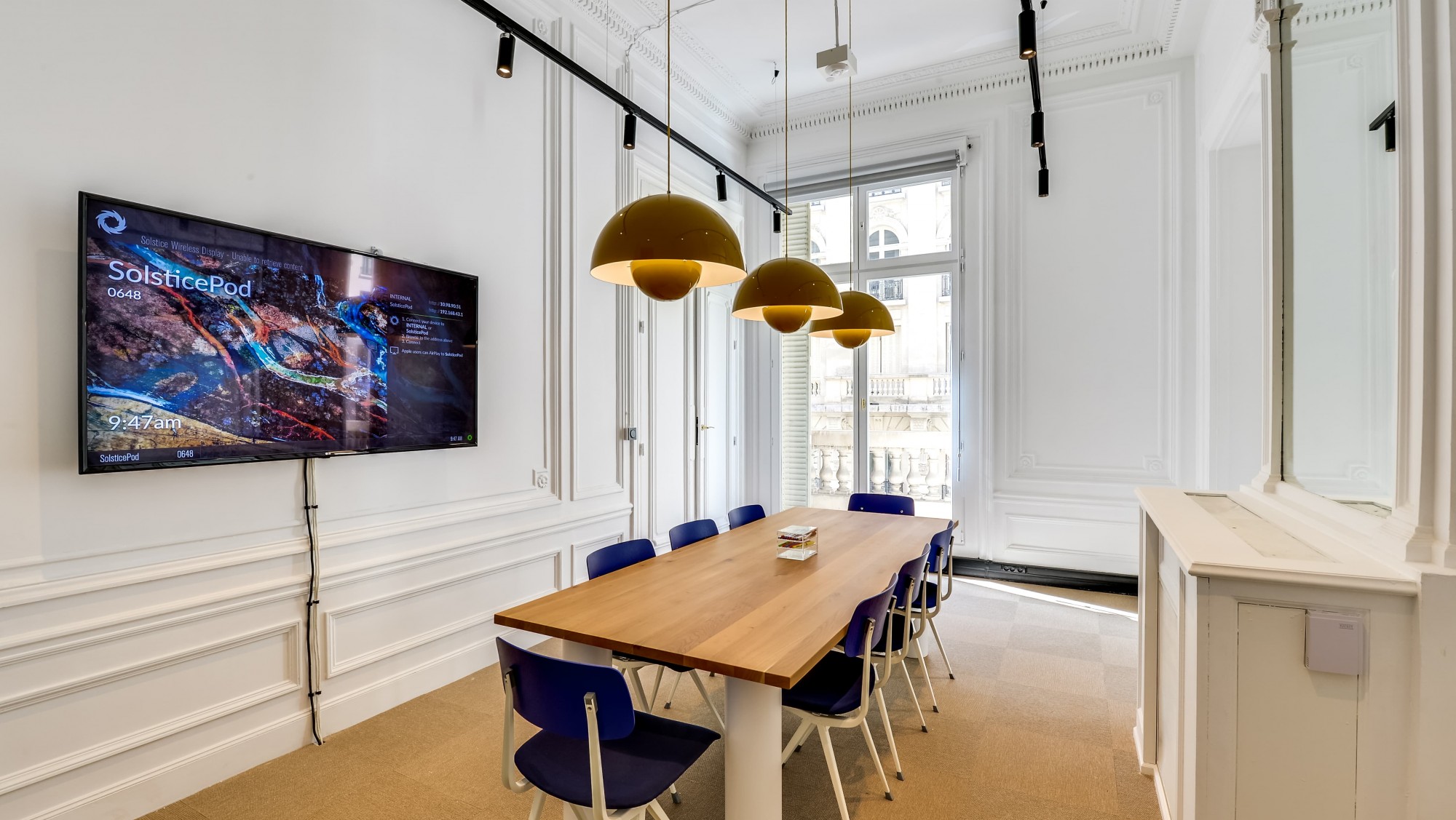 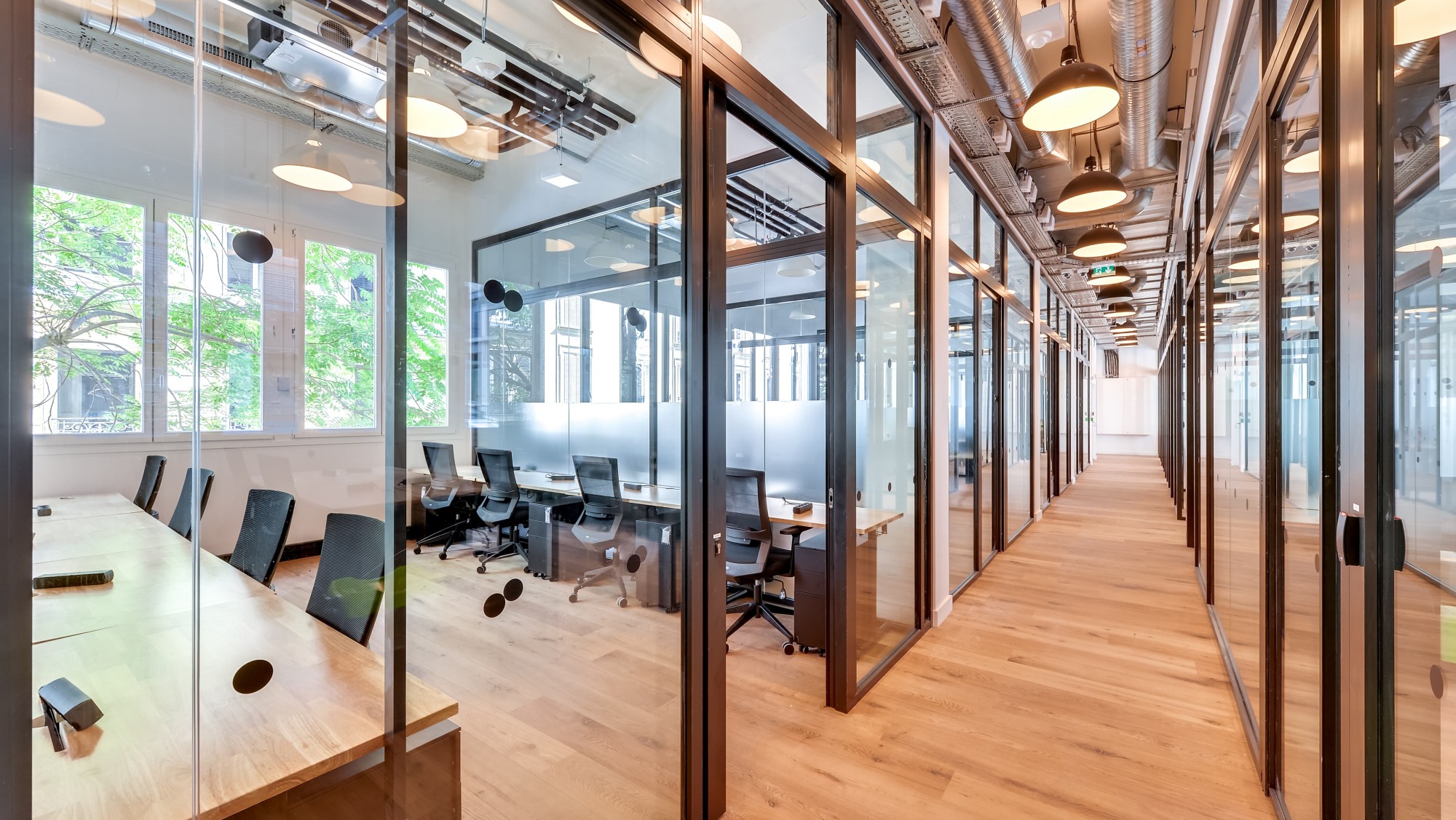 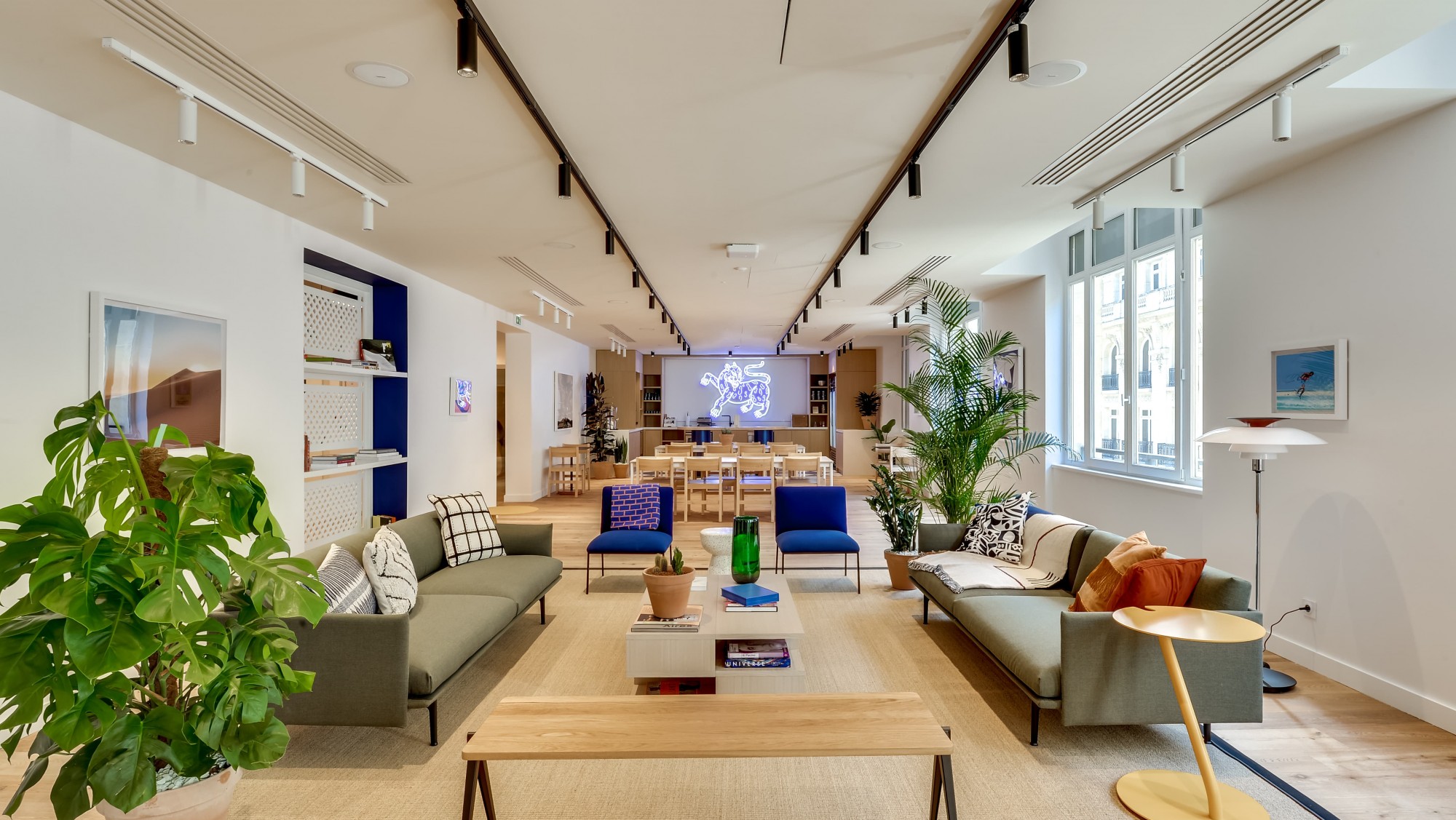 The WeWork on Rue Jules Lefebvre in Paris is the third created by Quadrilatère, but also the biggest : 13,000 sq. m. in total, split between two buildings, which enabled us to divide the works into two phases of five months each. The first phase, delivered in June 2019, involved the 9,000 sq. m. of the building dating from 1910, with its stunning historical spaces. The second phase, delivered in December 2019, involved the 4,000 sq. m. of the adjacent building dating from 1950.

The two spaces, which had not been renovated since the 2000s, required comprehensive refurbishment. However, the tight deadlines prevented any clearance work. Therefore, the project’s first challenge was to complete the major renovation of the existing structure without damaging the exterior and to maintain consistency without a clean state. The project presented major technical challenges : the electricity and air-conditioning were fully replaced, including production.

The second challenge was compacting the spaces as the workforce in the building has more than doubled. We added several staircases: two in Chambord (interwoven with the exterior), a small one inside (between the ground and first floors), and another to the seventh-floor terrace. Finally, the car park and existing service areas in the upper basement were transformed into meeting and office spaces, whilst the volumes were redesigned in the hall with a mezzanine floor demolished.