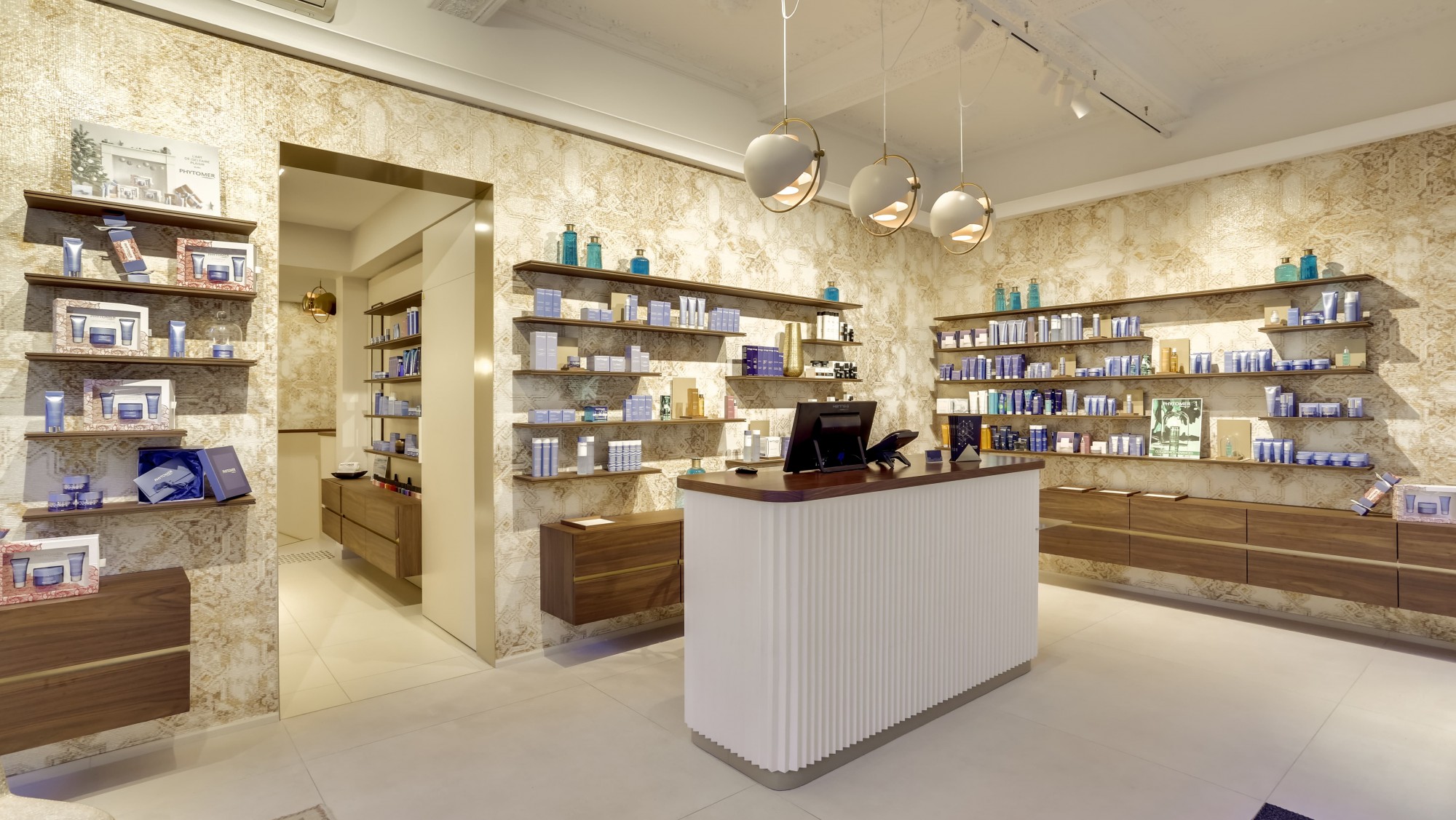 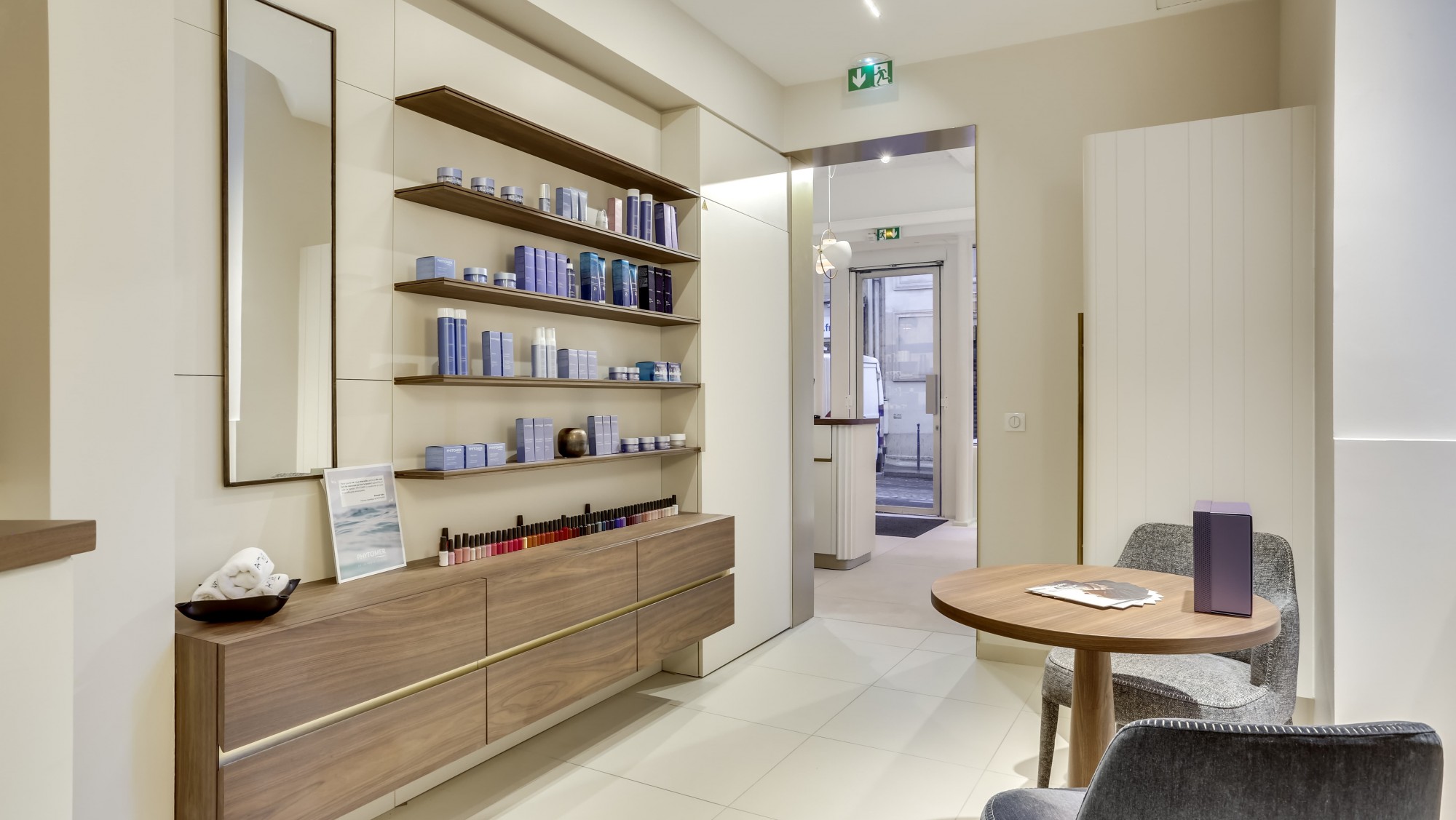 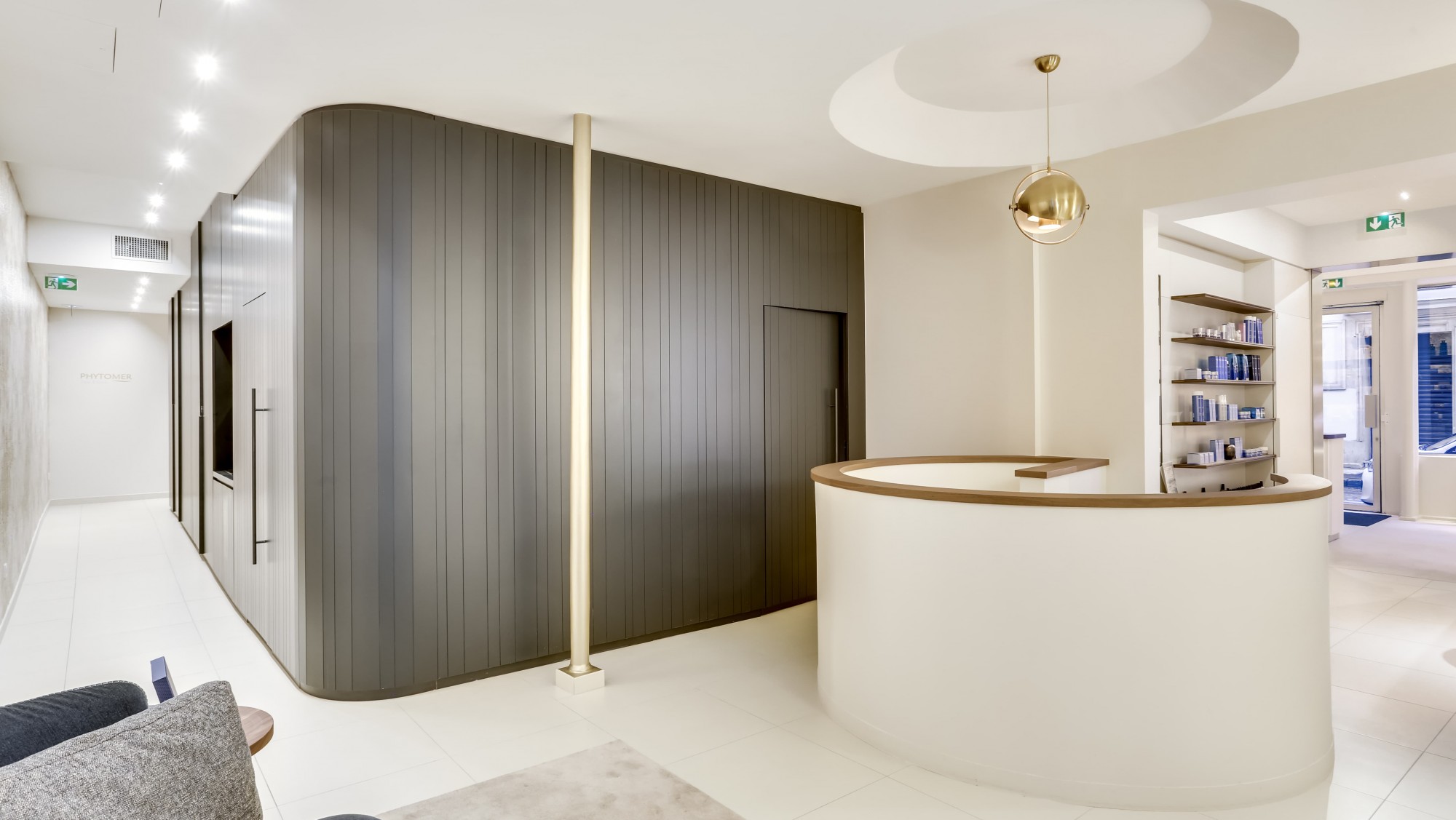 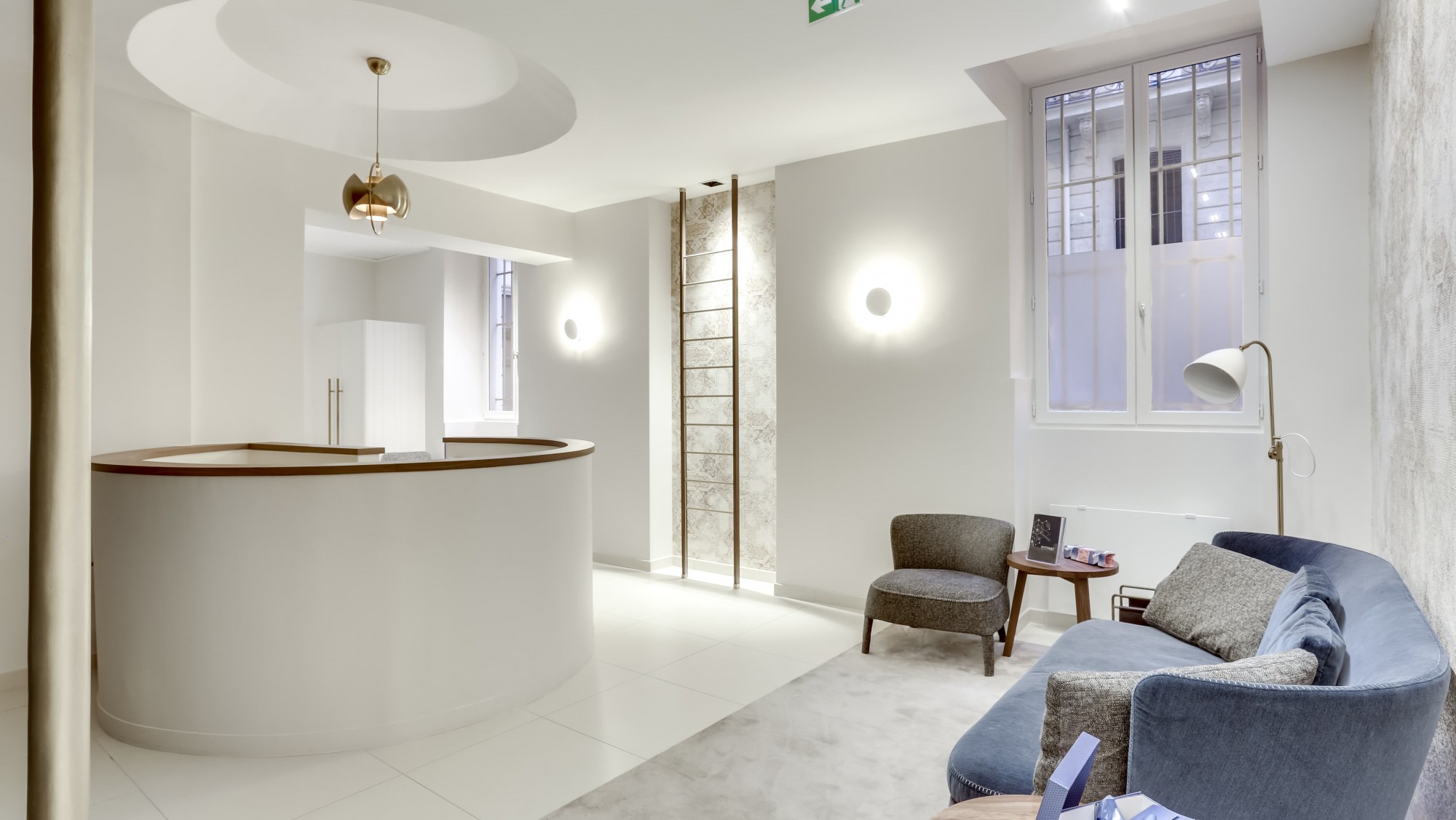 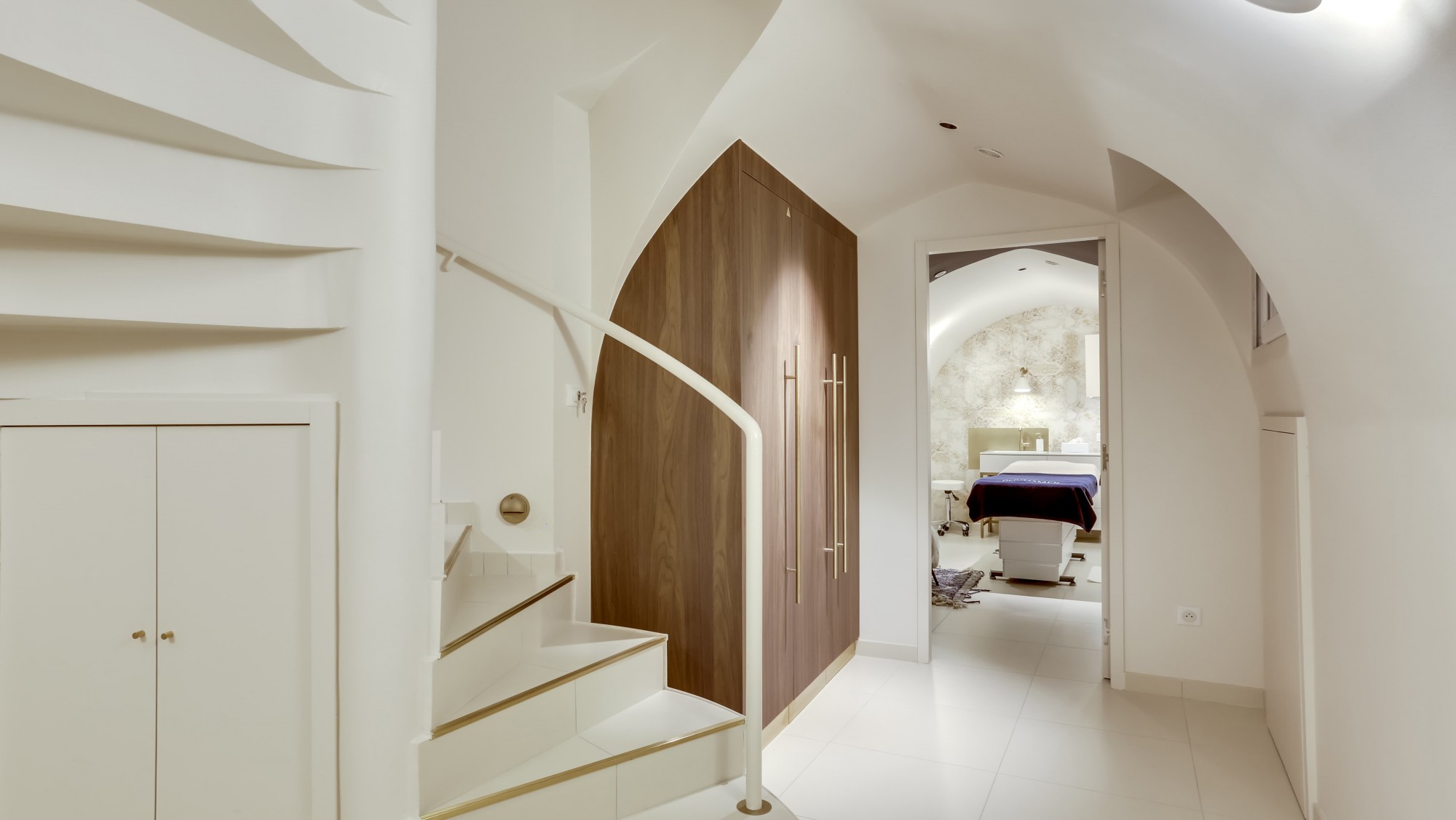 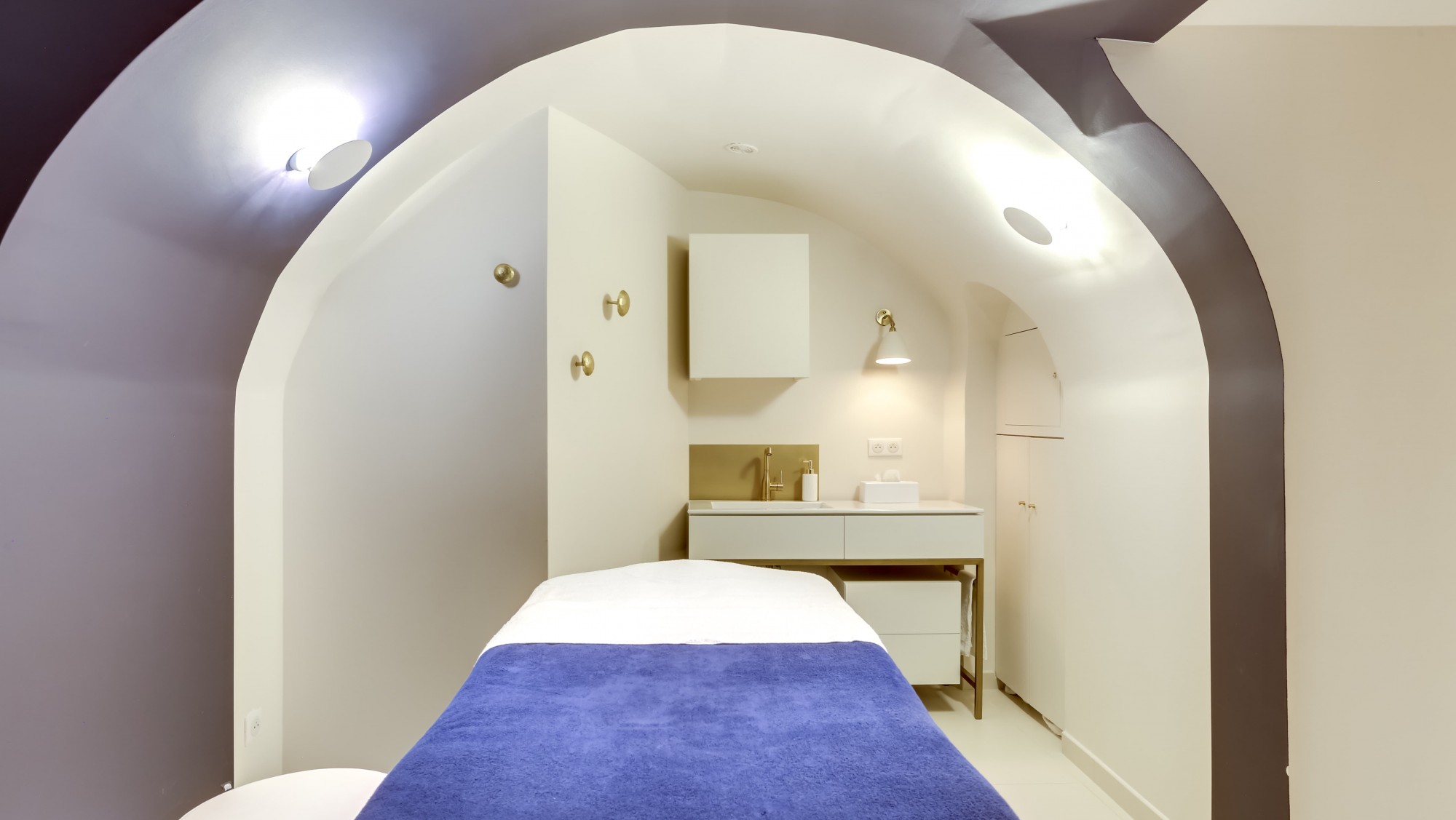 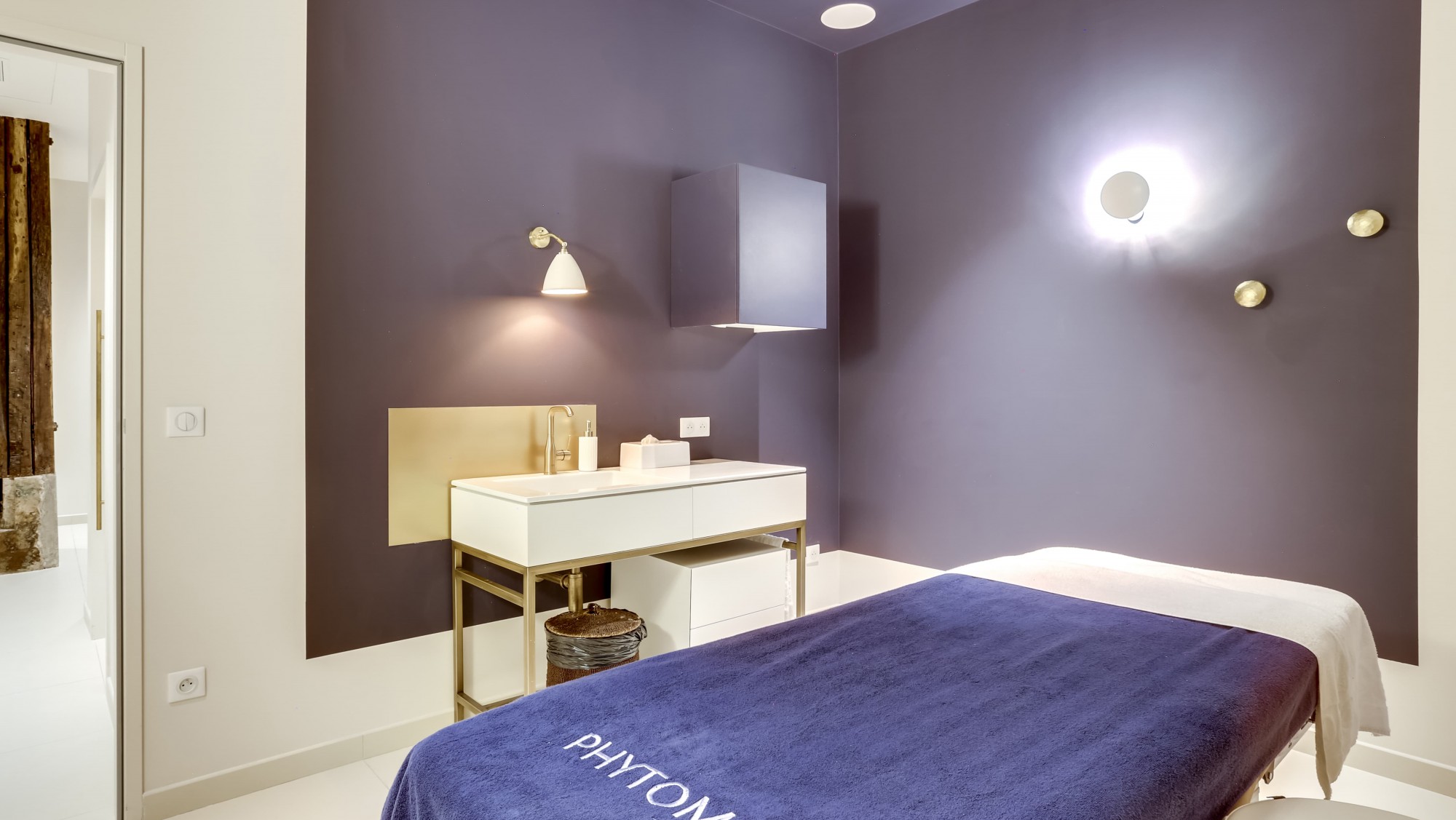 For the renovation of the Institut Bioline on Rue Washington, Phytomer called on Dominique Tosiani from La Maison Générale, an interior architect who had earlier designed the Phytomer Spa & Wellness in Saint-Malo, which opened in 2015.

The new Phytomer Spa Étoile had to convey the identity of and remain consistent with the Breton company : here the pure and natural atmosphere of the coastline — stone, wood and intense blue — is lifted with a touch of Parisian glamour: moulding, damask wallpaper and brass accessories.

For its first urban spa, Phytomer Spa Étoile, the brand’s showcase, enjoys a prestigious location just a stone’s throw from the legendary Avenue des Champs-Élysées. The quality of the development, overseen by Quadrilatère, had to meet the required standard. In particular, Quadrilatère worked meticulously to light the reception area, to showcase the available products and the treatment rooms.