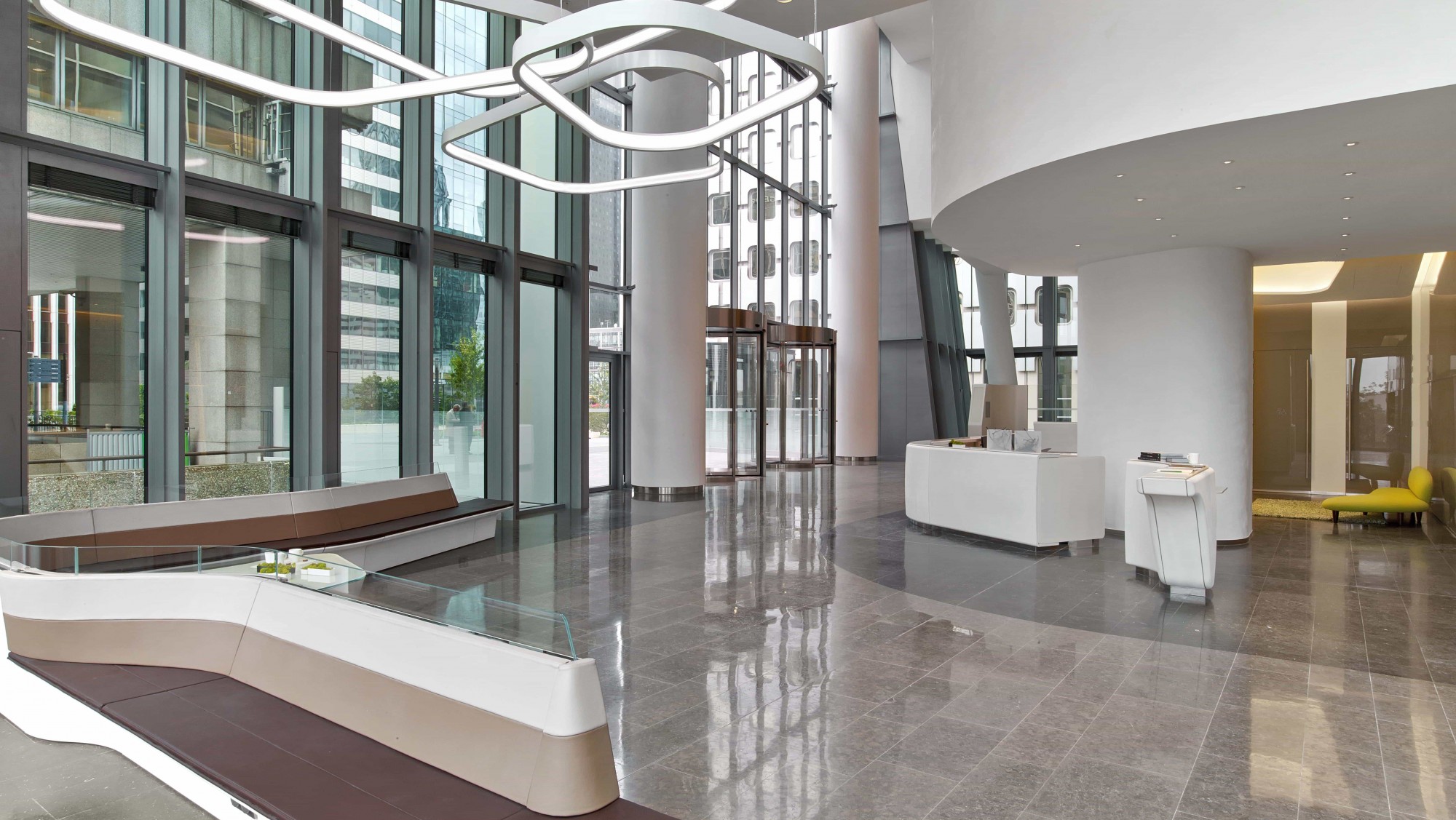 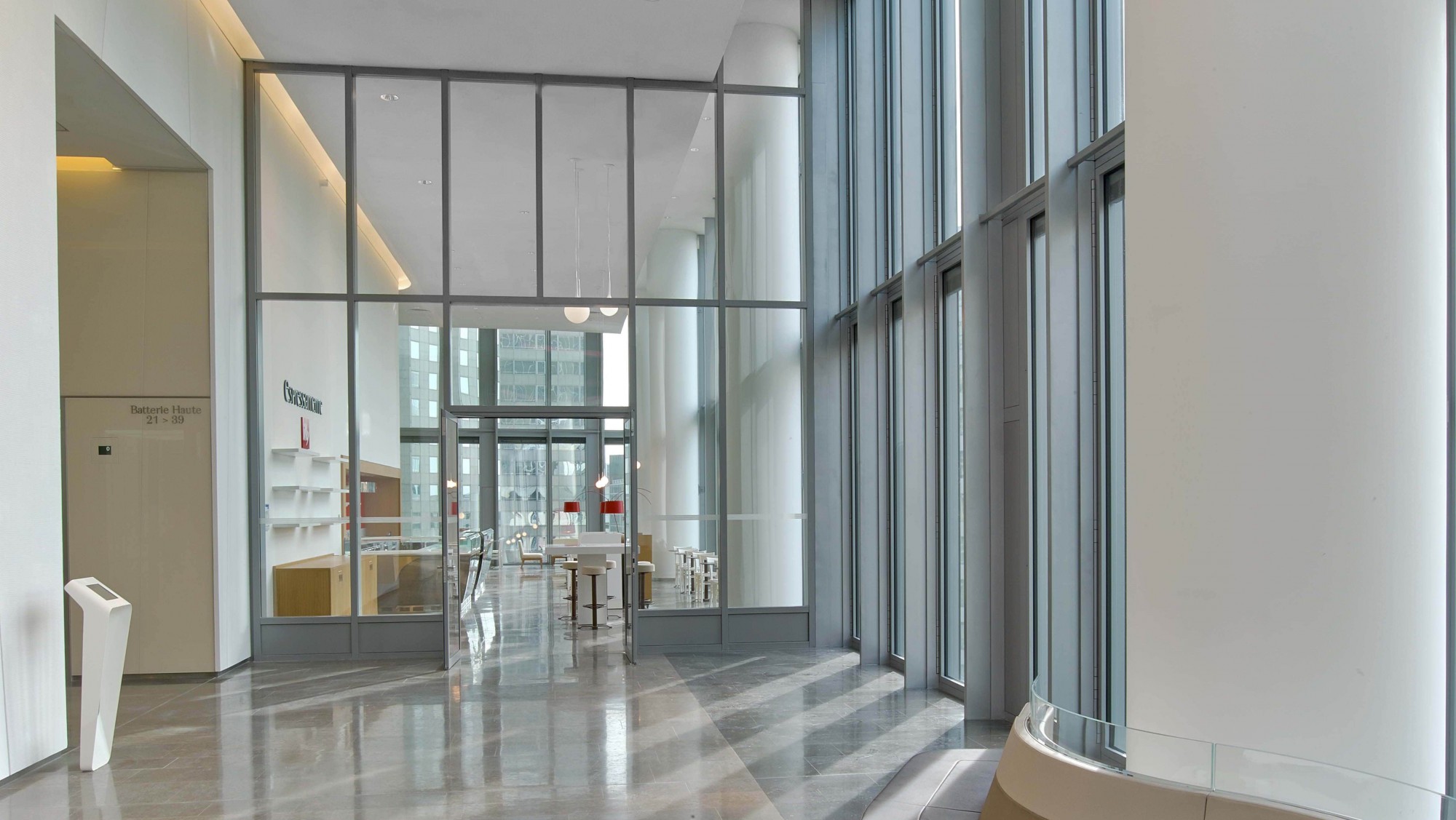 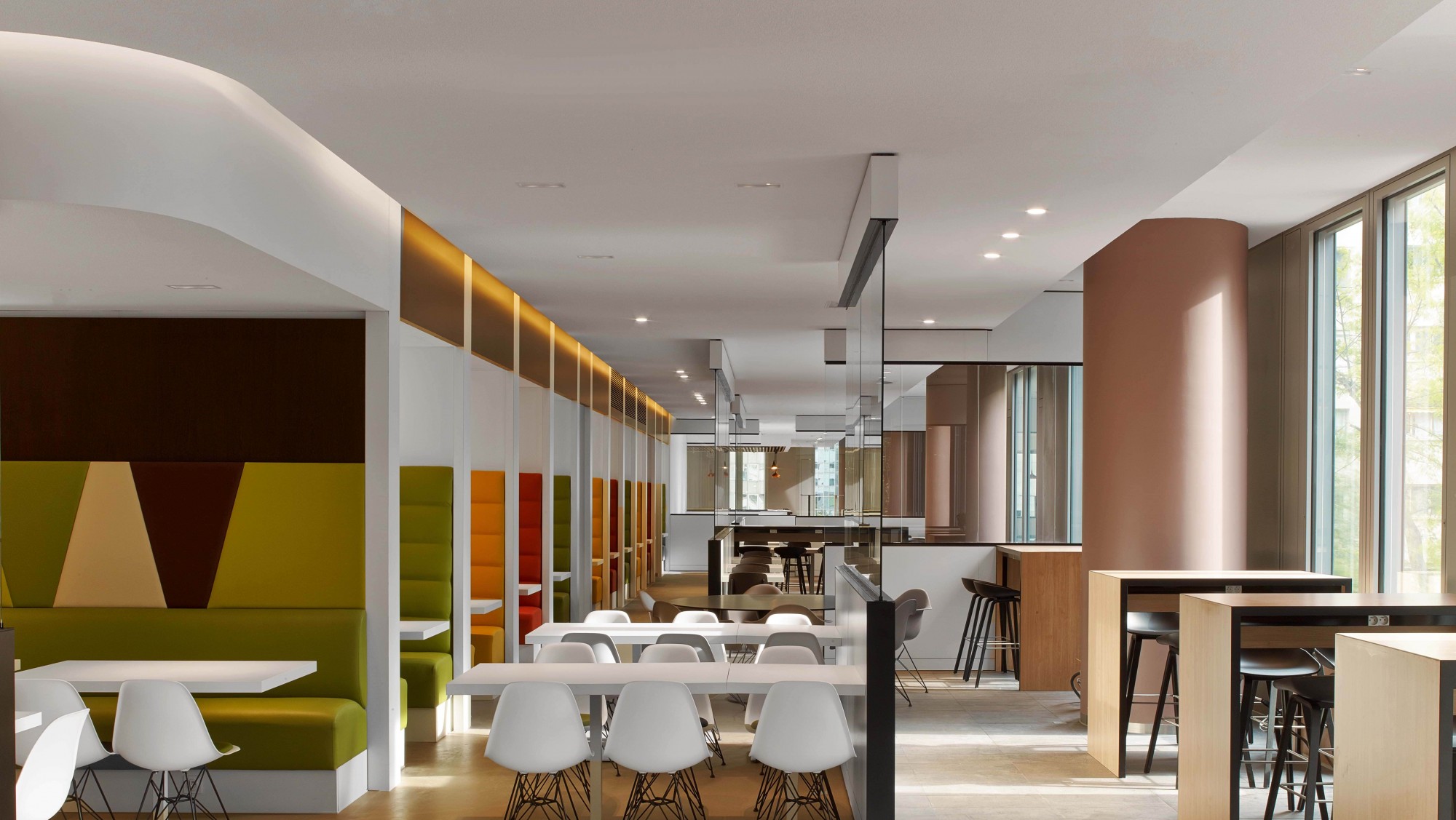 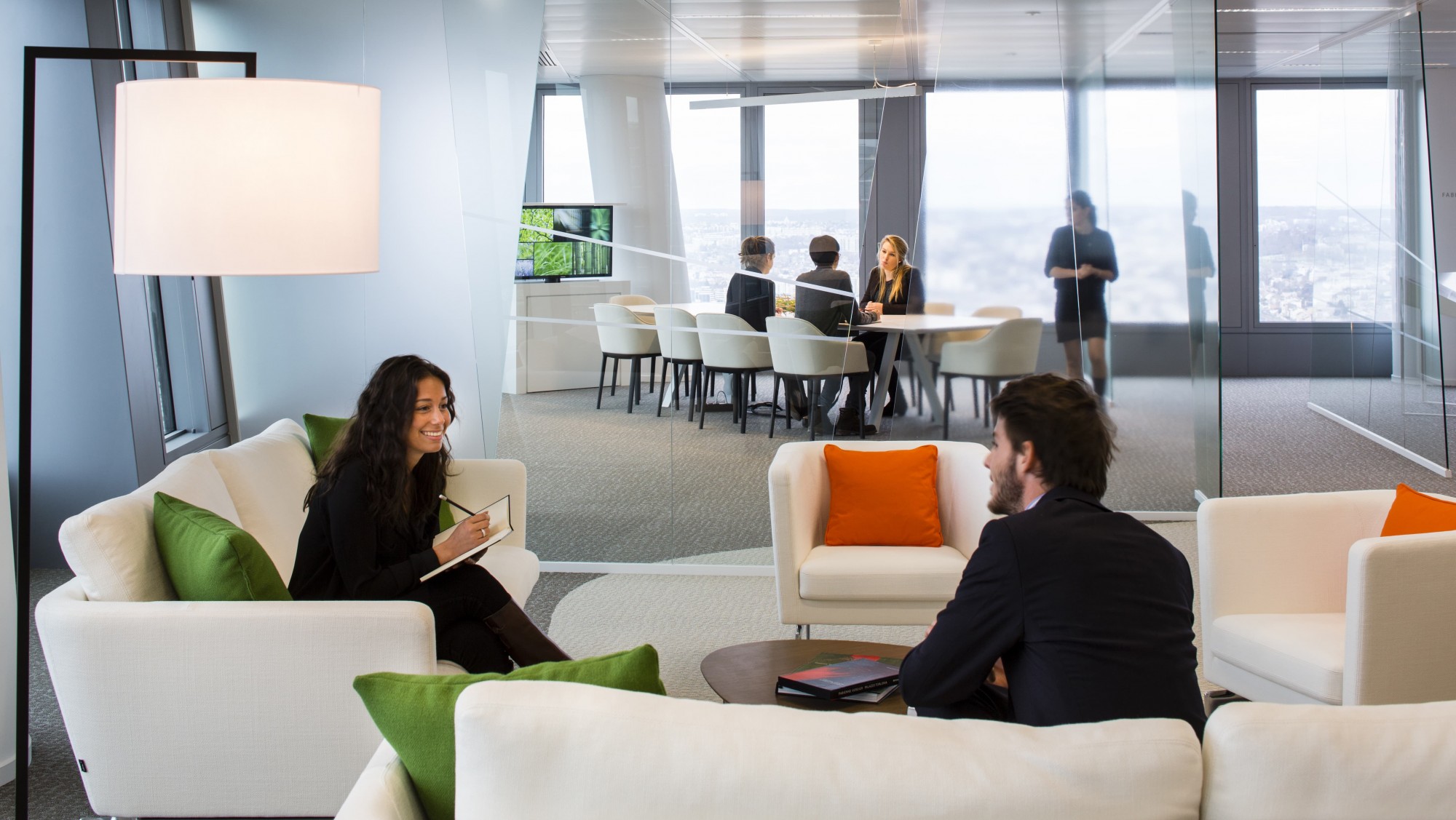 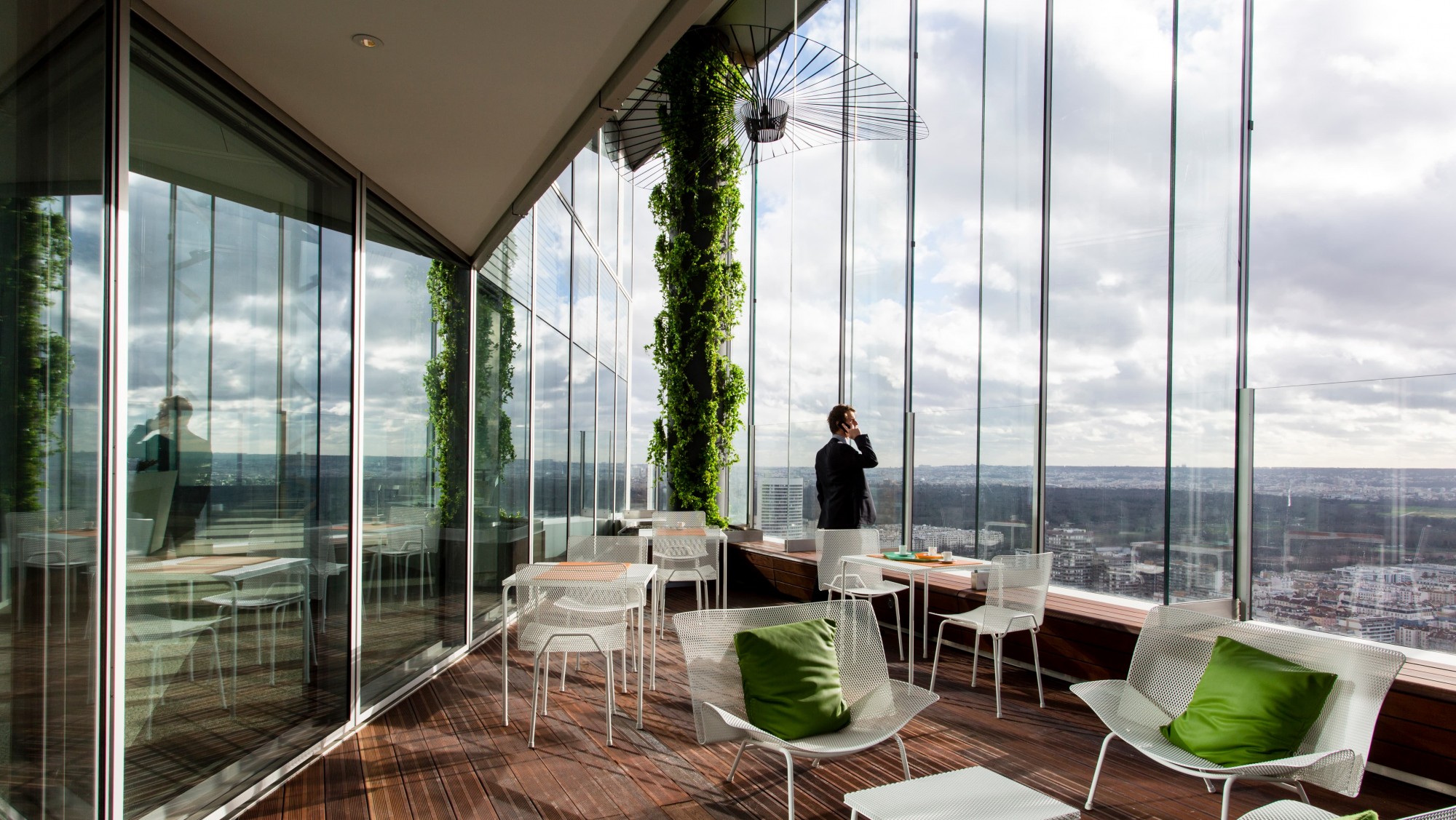 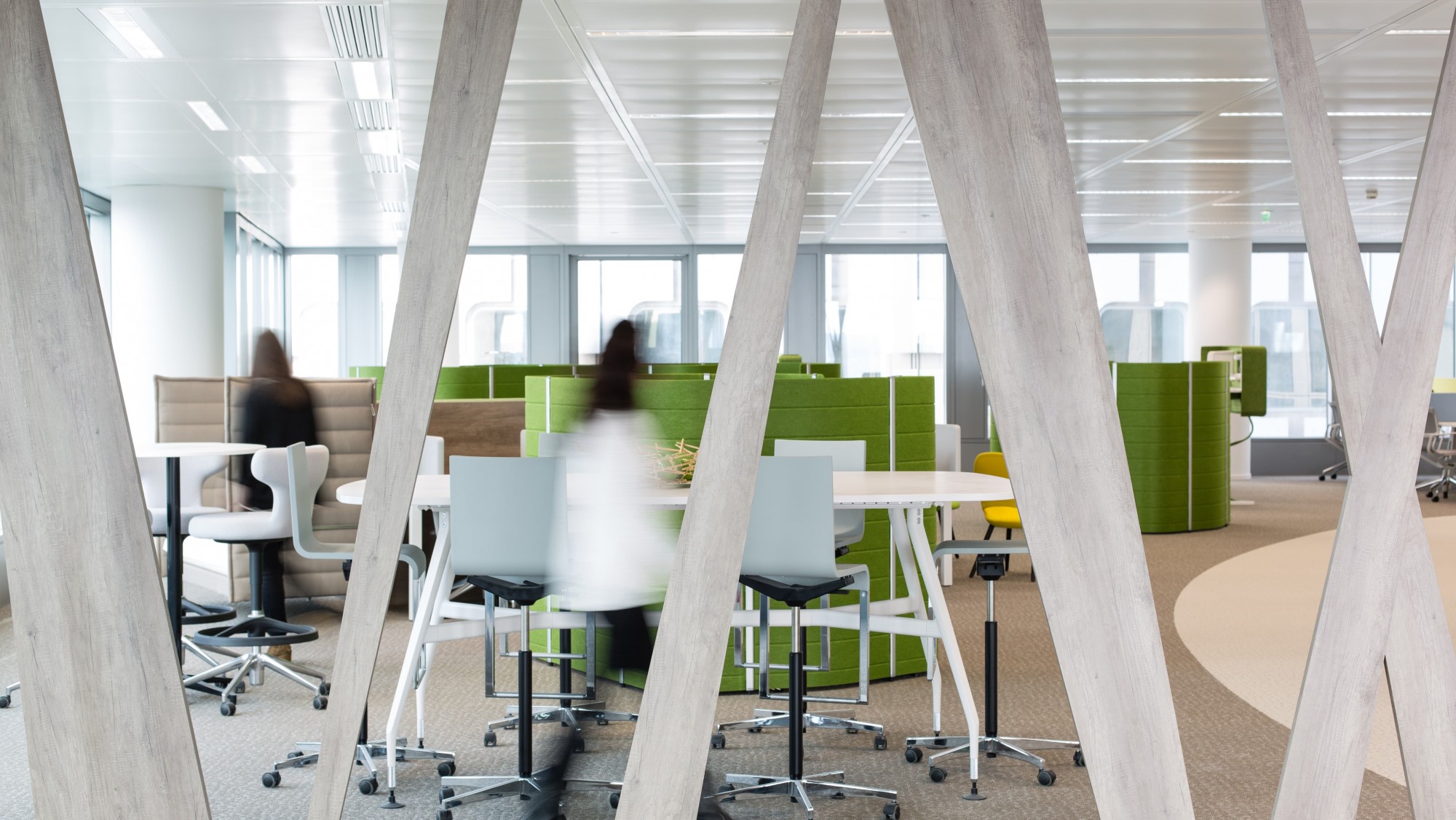 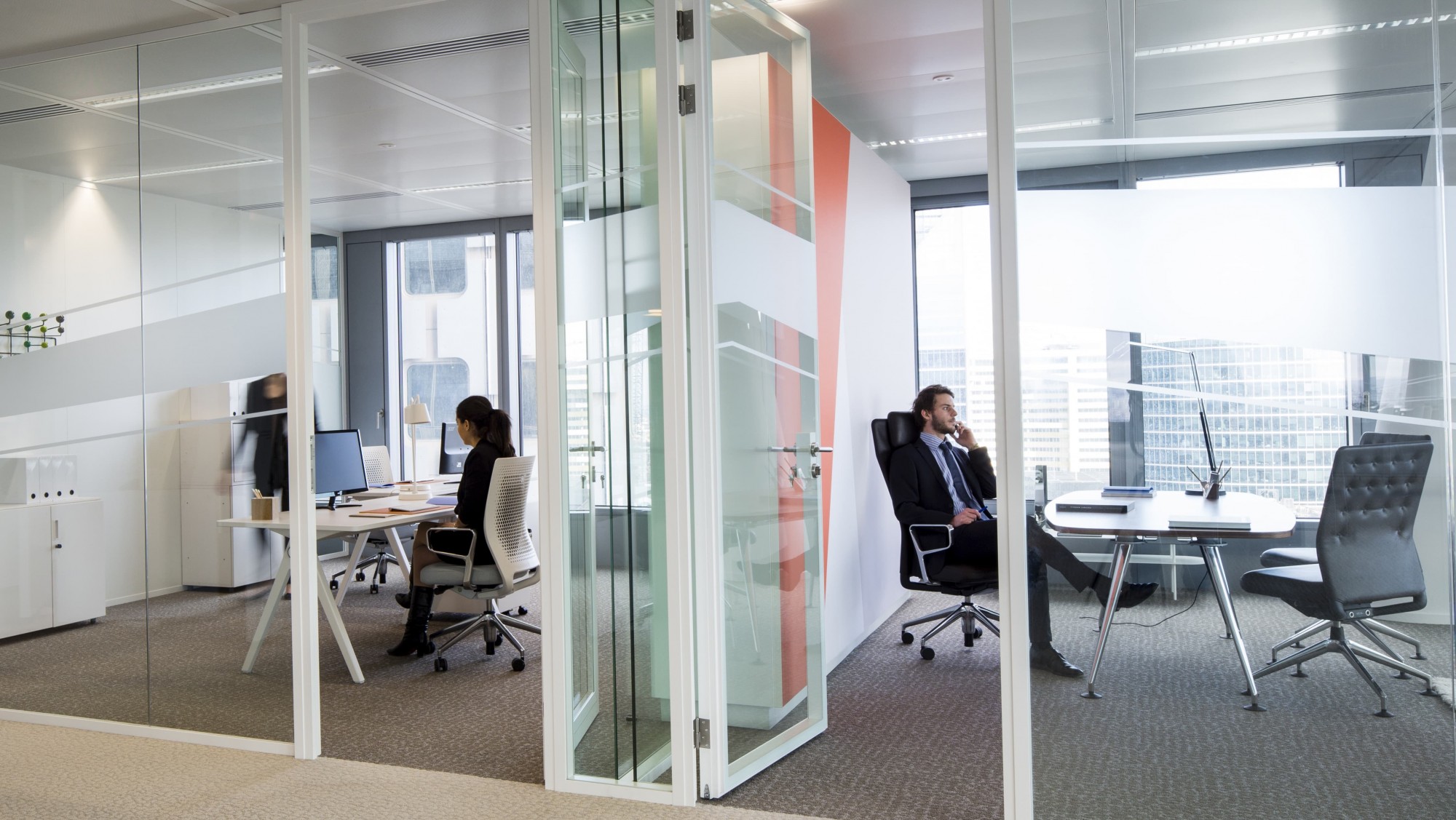 Quadrilatère is delighted to have Unibail-Rodamco-Westfield amongst its repeat clients. Before working on the Tour Majunga, Quadrilatère created Unibail’s head office (75016), the showcase area of the Tour So Ouest (Levallois-Perret) and the three showcase areas of Capital 8 (75008). Quadrilatère also delivered the Tour Trinity’s showcase area (La Défense) in late 2019.

The Tour Majunga was under construction at the time of our involvement, which is always a challenge : first for accessibility reasons, but also as we were providing finishes amidst the structural work. The High-Rise Building Regulation also presented its own challenges, e.g. in terms of choice of layouts and materials (fire resistance and fire load). Quadrilatère supported the project over the long term, first on the development of the communal areas, then on the development and creation of the two successive showcase areas, all designed by Saguez & Partners.